Following up on India’s ranking [1] in UNDP’s Gender Inequality Index 2017, an array of studies has shown the linkages between the lack of education, constrained economic choices, and sexual and reproductive health and violence. These linkages not only point to conditions of access, but also to the scope and nature by which people are informed about the same. For instance, social taboos related to bodily processes like menstruation impact access to services related to hygiene and sanitation [2], which further affect educational attainment for girls, their financial inclusion later on and even violence afflicted on them. For example, 63% (less than two-thirds) of married women have a say in their own health care and other household decisions. The infographic below shares some key health statistics found across the National Family Health Surveys.

Additionally, an important aspect of gender mainstreaming [3], that is the strategy of assessing the implications of policy action for different genders, is the inclusion of unpaid care economies in understanding the economic decisions made by women, and the burdens faced by them. Non-monetised work and care work impacts the amount of time women have to do monetised work, as well as the amount of time they have for leisure activities; for instance, Lakshmi Lingam notes [4] the immense unaccounted for human resource in the time spent by women on the schooling of children. Persistent cultural conditioning of women and girls as homemakers, an issue which has been highlighted nationally and globally, means they have less time to give to educational and financial pursuits, and this exacerbates existing inequalities and access to critical services.

Existing inequalities along with rural and urban differentiations, such as health status (HIV/AIDS), class, caste, religion and sexual orientation, similarly exacerbate access to health care and educational initiatives in the form of discrimination and sexual harassment.

The International Planned Parenthood Federation also highlights the links between gender norms [5] that effect boys and men and their harmful influence over women’s sexual and reproductive health. One example of this is the link between HIV/AIDS and sexual violence.

Furthermore, as Iqbal, Gallo et al. have pointed out in their comparison of the Infant Mortality Rate in 195 countries, although strides have been made to reduce the Infant Mortality Rate globally, gender inequality affects these numbers [6], particularly in Low and Middle Income countries, of which India is the latter according to the UNDP’s Human Development Index. 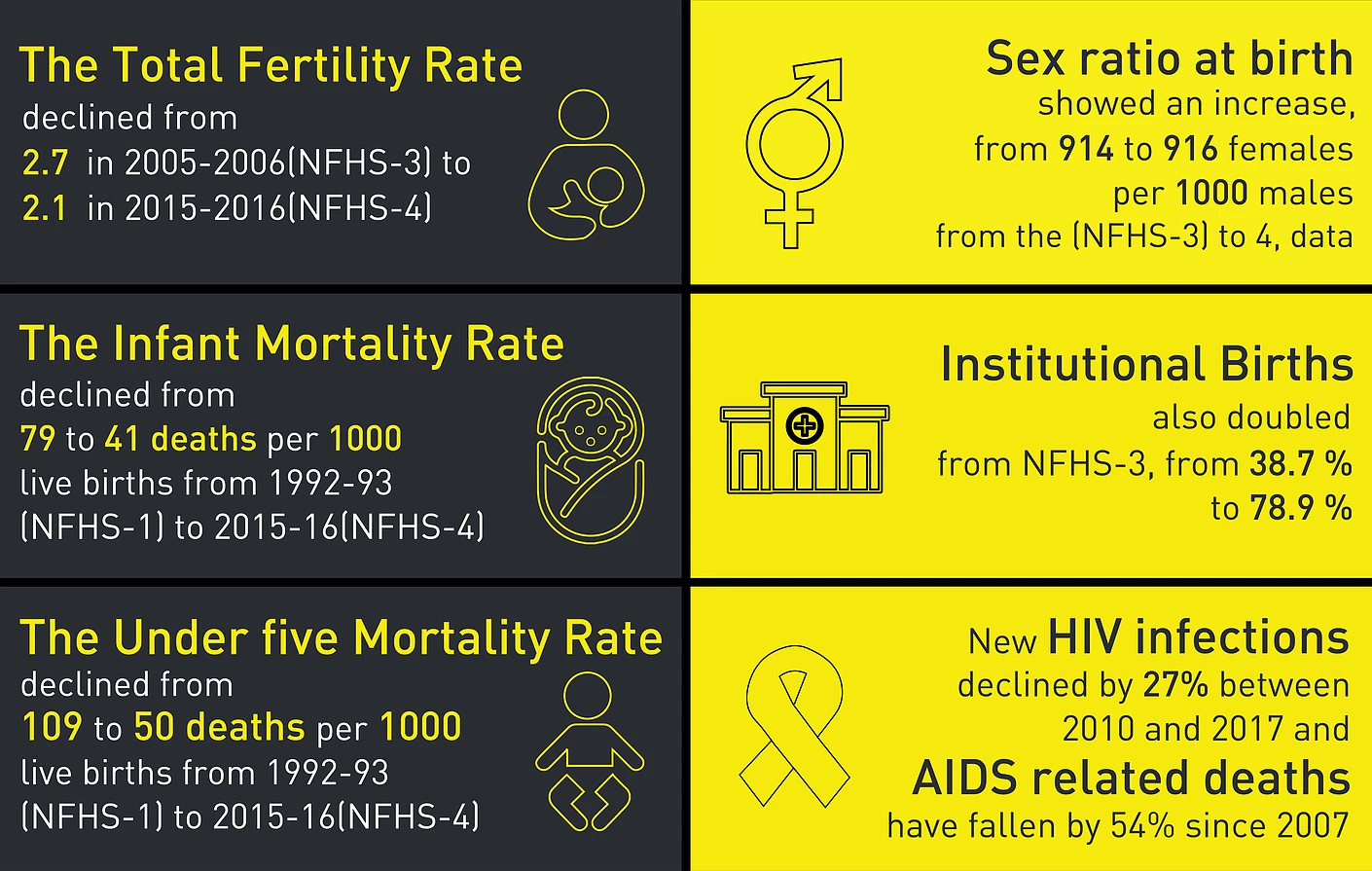 Existing inequalities along with rural and urban differentiations, such as health status (HIV/AIDS), class, caste, religion and sexual orientation, similarly exacerbate access to health care and educational initiatives in the form of discrimination and sexual harassment. This subsequently feeds into the poor levels of representation and participation in decision making. For instance, the NFHS-4 highlighted [7] that 45.9 per cent of people identifying as ‘Scheduled Tribe’ were in the lowest wealth bracket, with 26.6 per cent of people of ‘Scheduled Castes’ in the same category. Studies like the NFHS-4 have shown [8] that social exclusion impacts access to adequate health, educational and nutritional initiatives, and this is especially so for women and girls in these categories who face the double burden of their gender and caste or tribe status. 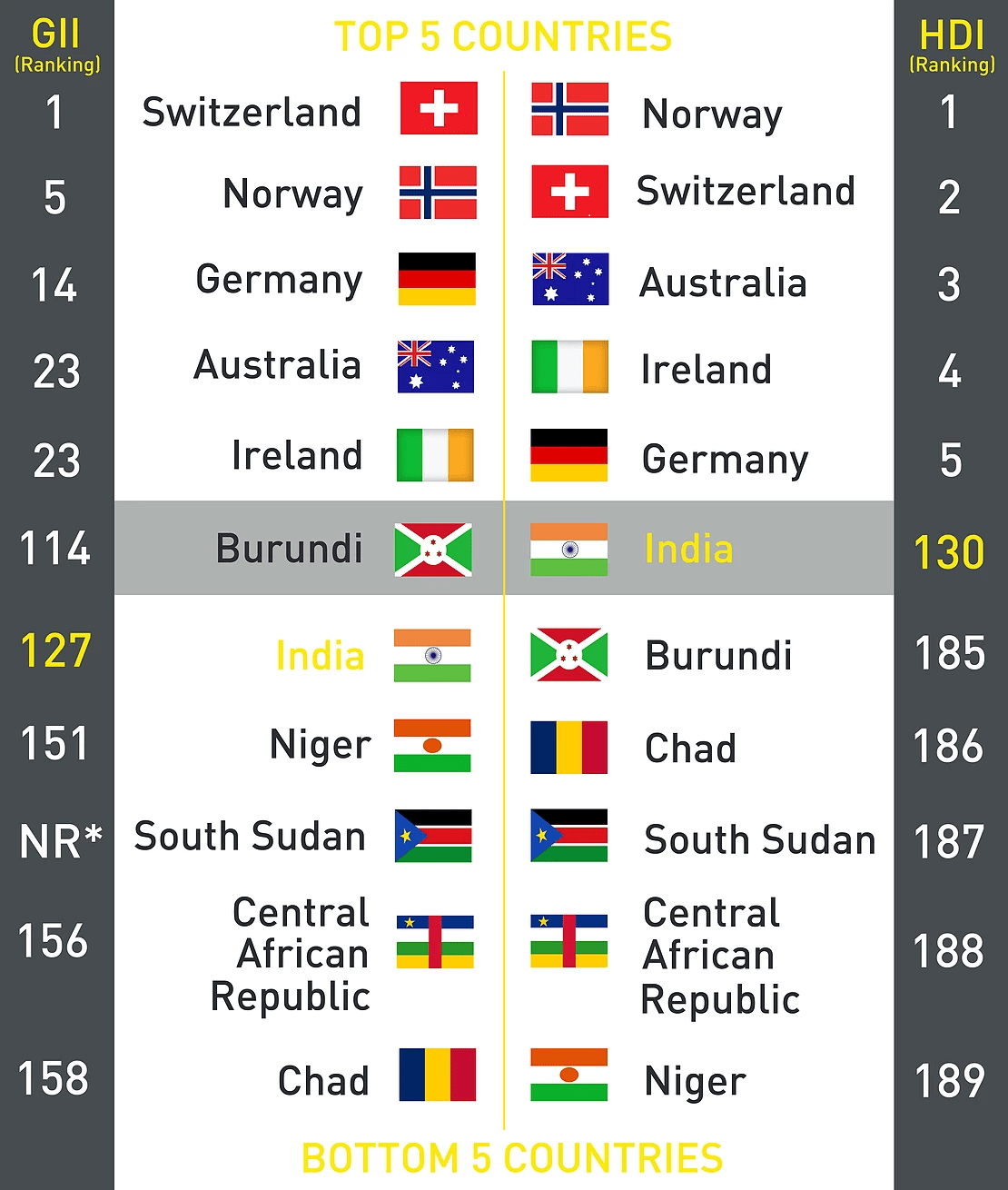 These indicators are noteworthy for, not only highlighting the existing challenges in the field of reproductive and sexual health, but also providing a roadmap for their effective management in a way that encompasses their interconnected nature and scope with issues of education, employment, finance, sanitation and hygiene, and social exclusion.