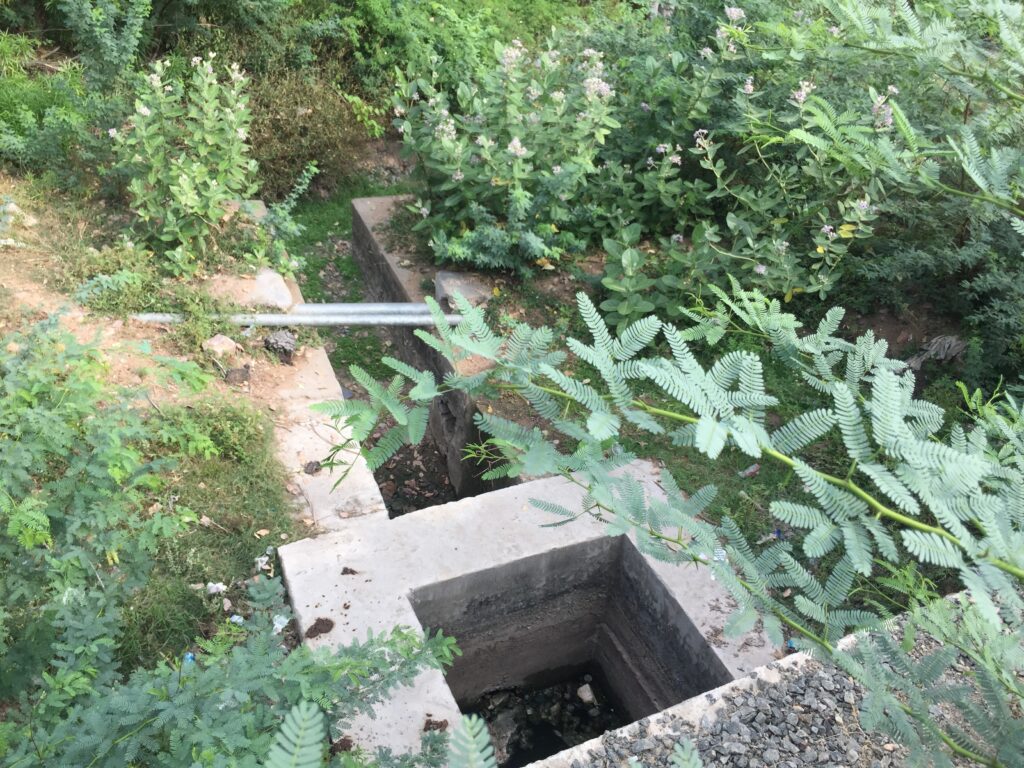 A dynamic concept, the definition of heritage continues to evolve with time. In recent years, the definitions prescribed by UNESCO for cultural and natural sites have become more inclusive and holistic (UNESCO n.d. a). Within this growing heritage spectrum, water heritage sites find themselves in the overlap between the culture and nature aspect of heritage. Cultural landscape is one such concept developed by UNESCO that contextualizes the relation between culture and nature. (UNESCO n.d. b). Set in this premise, the Water Heritage sites of Tamil Nadu especially the kulam network system along the Thamirabarani region are a cultural landscape representative of the culture-nature heritage.

In Tamil Nadu, the kulam is a tank maintained by the Public Works Department [PWD], a nomenclature in use since the 19th century’s British colonial period (Mohanakrishnan  2001). In the larger context of Tamil Nadu, the tanks or ponds constitute 26% of wetlands playing a vital role in irrigation as well as maintaining the local ecosystem (Tamil Nadu State Wetland Authority n.d.).  The concept of wetlands is native to the Thamirabarani region where during the Pandya period the land in every settlement was categorised under Nirarambam (wetlands), Kadarambam (drylands), Thottam (garden lands), and Kadu (forests), among others. To this day, property lands are classified as Nanjai (wetlands) and Punjai (drylands) (Mohanakrishnan  2001). To an extent, this traditional categorisation has aided in the preservation of these wetlands, however, there is a need for more awareness, recognition, and conservation efforts for long term sustainability. The case study focuses on the awareness and the culture-nature perspective of Perunkulam in context of the kulam from which the town derives its name.

Located on the northern bank of the river Thamirabarani, Perunkulam occupies an equal division of wetlands (336.82 acres) and drylands (375.75 acres) (Jeyakumar 2008: 36). The kulam in Perunkulam is surrounded by two important cultural sites, the ancient temples of Mayakkoothar koil (temple) and Tiruvaludisvarar koil on the southern and eastern side. Meanwhile, the Vallanadu hills, a natural site, occupies the north western part of the kulam. The Mayakkoothar and Tiruvaludisvarar temples in Perunkulam are from the Pandya period where the Mayakkoothar temple is a prominent cultural site with sacred intangible heritage due to its significance as one of the Navatirupathi (Nine Planet Vishnu) temples in Tamil Nadu. Surrounded by cultural and natural sites of heritage, the kulam in Perunkulam sits in the conjunction of the culture-nature intersection. The significance of the cultural and natural heritage of Perunkulam is anchored to the kulam setting. 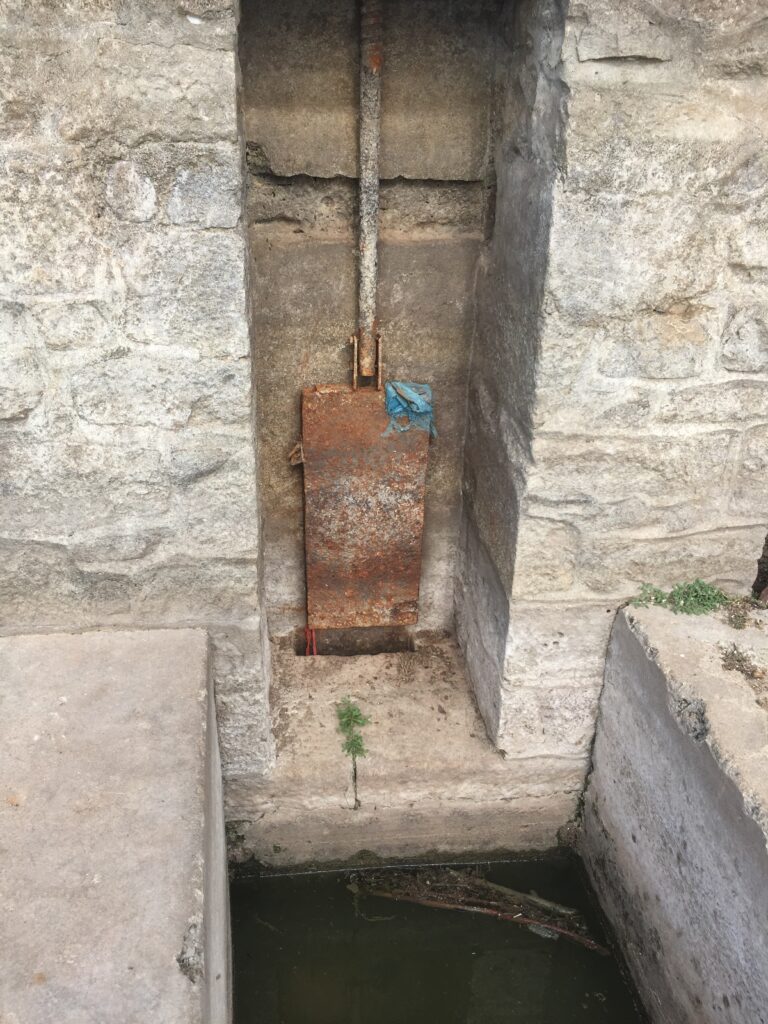 Further to the association with cultural and natural sites around the kulam, in Perunkulam, a generous 70% of the population is dependent on agriculture for subsistence, producing paddy and commercial crops such as cotton, plantain, and groundnut which is dependent on the traditional water system of kulam (Ashoka Trust for Research in Ecology and the Environment 2021). Apart from the use of the kulam for the community subsistence it is also used for livestock-related activities, human ablutions, and most importantly it serves as a natural sanctuary for a large congregation of birds such as lesser whistling duck, Indian spot-billed duck, black-winged stilt, painted stork, spot-billed pelican, glossy ibis, Eurasian spoonbill, and red-wattled lapwing among others. As the kulam receives water from the Thamirabarani River as well as rain from both the southwest and northeast monsoons, it retains water for about 10 -12 months, attracting diverse bird species including the migrant flamingos.

As far as conservation efforts are concerned, there have been concerted efforts by private donors to preserve the cultural heritage around the kulam through the conservation of the Mayakkoothar and Tiruvaludisvarar temples in its vicinity. Ashoka Trust for Research in Ecology and the Environment [ATREE] and Agasthyamalai Community Conservation Centre [ACCC], Manimutharu, Tirunelveli have been involved in volunteering activities for data collation and dissemination of knowledge on the wetland bird species. According to ATREE’s Tamiraparani Waterbirds Count [TWC] from the year 2011 to 2019, there are 54 wetland bird species that are found in this site and among them 56% are resident species and remaining 44% are migrants. This survey shows that this kulam site has a substantial avifaunal diversity. Even though the kulam site bears testimony for both cultural and natural heritage the awareness and preservation efforts need to increase to match a heritage site of such significance. Several conservation issues are observed at the site including damaged stone ghats (steps), incongruous concrete paving in the ghats, presence of high tension overhead electric wires, and garbage accumulation among others. This highlights the need for a comprehensive conservation plan and management plan, given its unique setting.

Interviews carried out by the author with the residents of Perunkulam to explore their views on the culture-nature significance of the kulam. The community participants were asked to elaborate on a significant memory about the kulam, awareness regarding the biodiversity of the kulam, use of the kulam, and how often they visited the kulam. With respect to the significant memory aspect, most respondents (older generation) recalled the floods in the 1990s. It was understood that the houses and the streets around the kulam were flooded for a week. Meanwhile, for the younger respondents the kulam is a good place to capture photographs for social media and they were unaware of the 90s flooding. In response to the biodiversity aspect, most were unaware of the bird species that visit the kulam. The ones who were aware did not know which birds in particular frequented the kulam.  Similar to the first question there was a generational divide in the replies to the last two questions. While the older generation frequent the kulam to bathe, wash clothes, or feed their cattle, the younger generation use it only for bathing on specific occasions, such as when a relative or friend is visiting. The survey shed light on the generational differences in perspectives on the culture-nature association of the kulam. Even though the kulam is part of the collective memory, there is a disconnect that is observed due to fading human interaction and lack of awareness about its heritage values. For centuries, the kulam water system has supported the community, however now there is a lack of association and relationship which needs community-led efforts to revive the fragmented connection.