The Kund of Nuh – Illustrating the Synergy Between Humankind and Nature

Water Governance in Semi-arid and Arid Regions: Lessons for Haryana

The Kund Of Nuh – Illustrating The Synergy Between Humankind And Nature

Arid and semi-arid zones cover approximately 33% of India’s geographical area (Das 2019: 16). While the states of Rajasthan, Haryana, Punjab, and Gujarat fall under the semi-arid and arid zones in northern India, the southern arid zones are located in Maharashtra, Karnataka, Tamil Nadu, and Andhra Pradesh. These regions are characterised by recurrent droughts with critical need for groundwater development in most blocks. About 74 districts in these regions fall in the drought-prone category (ibid).

Scanty rainfall limits groundwater replenishment, and with the increase in climate variability, water scarcity has aggravated in these regions. Over-appropriation of surface water, groundwater depletion, and water shortage for competitive uses are some of the major water challenges in these regions (Kumar n.d. A). The dry states in the northern region, such as Haryana and Punjab, which are primary producers of food grains, face additional water management challenges owing to intensive irrigation for crop cultivation. This issue brief will discuss water governance challenges facing Mewat as a case to study Haryana’s state water governance policies. The brief also outlines best practices and policy recommendations to advocate for traditional water systems restoration and effective water governance in other semi-arid/arid states like Rajasthan, Maharashtra, Gujarat, Telangana, and Karnataka. 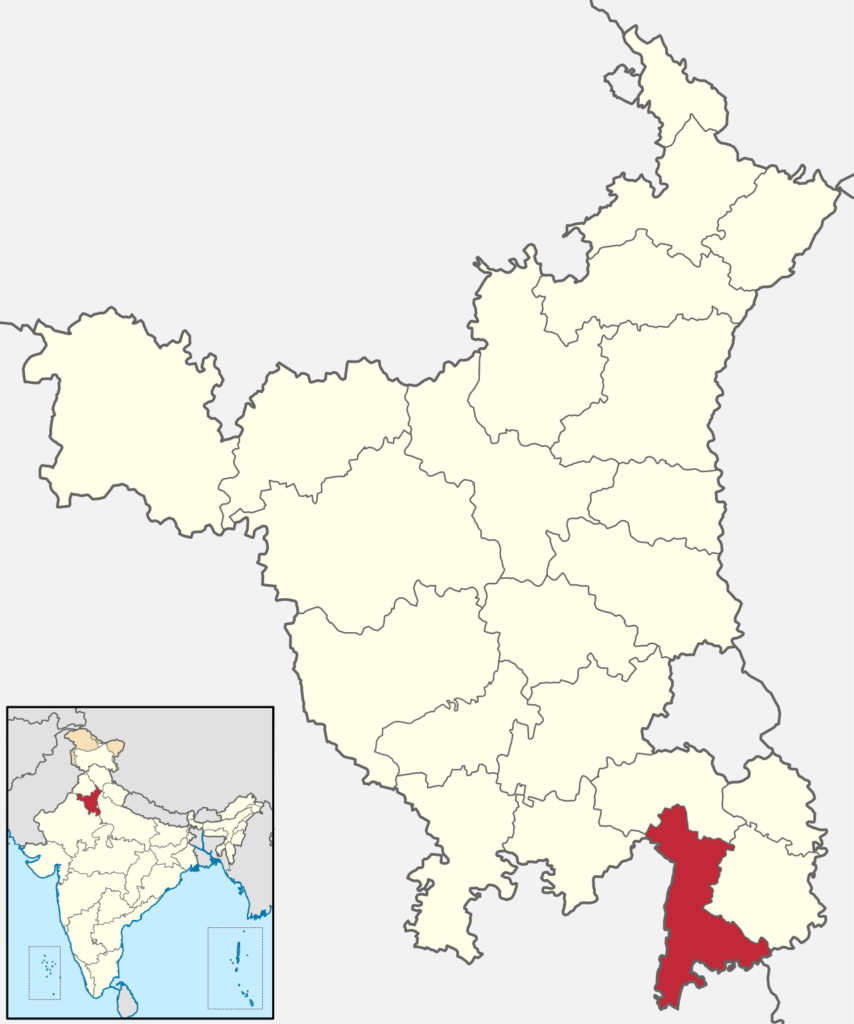 Central Ground Water Board reports that groundwater resources in Haryana have been over-exploited, resulting in 78 out of 121 blocks sinking to the critical category (Ministry of Jal Shakti 2019: 56). The report also puts the potable water availability in Bhiwani, Fatehabad, Jhajjar, Mewat, and Sirsa districts at less than 30%. Additionally, these districts also recorded waterlogging, reflected by the shallow water levels in 9% of the wells and 4% area of the state. The shallowest water table has been recorded at 0.53 bgl in Nuh block of Mewat (Ministry of Water Resources 2012). 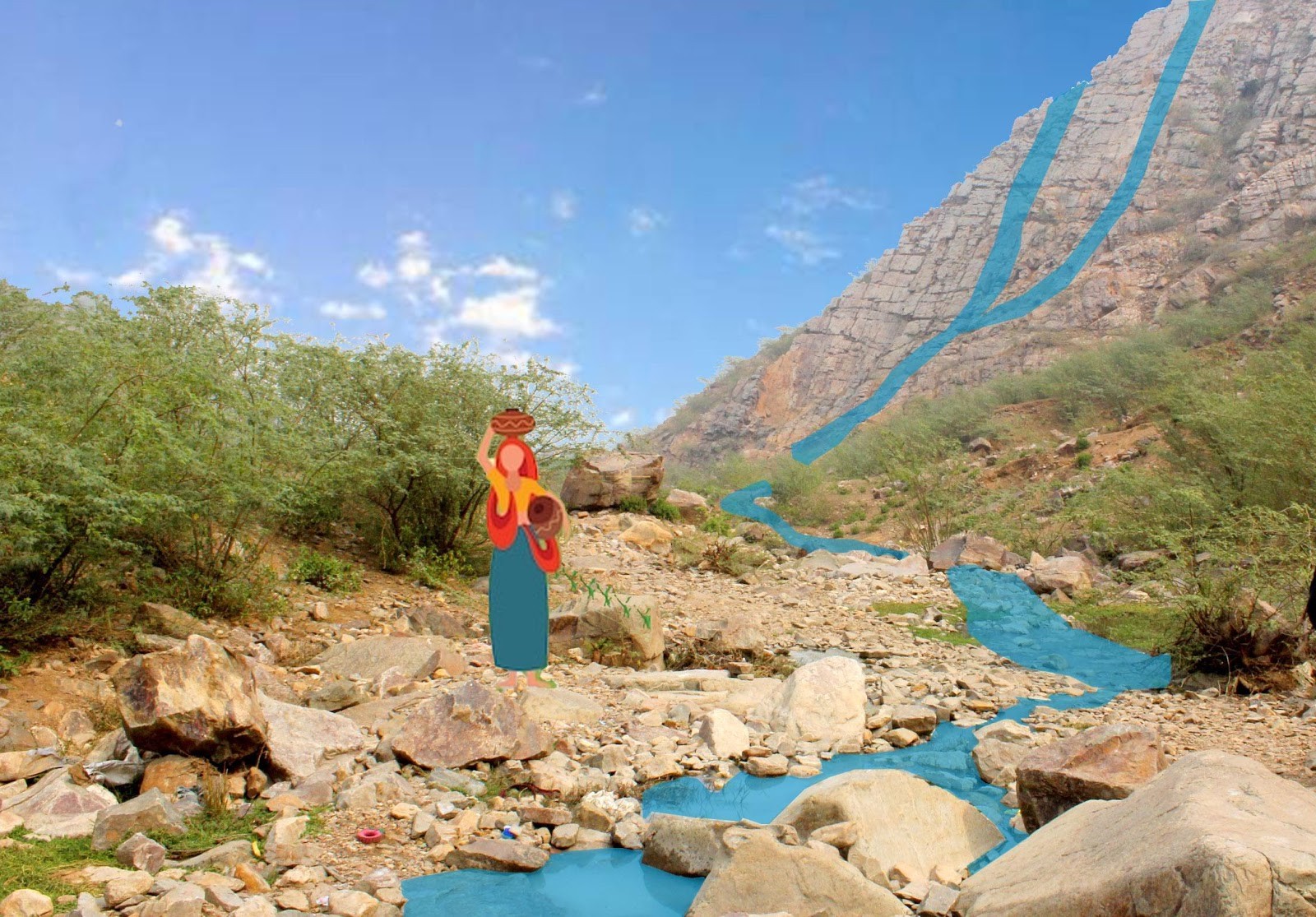 Photographed and reimagined by Yusra Ansari/ 2018

There is no perennial river flowing in the region except for some “nalas” and streams that rise from the Aravallis during the rainy season and dry up within a few months. Until the 1930s and 1940s, the Aravalli range had verdant forest cover. A multitude of traditional water-harvesting systems ensured that the low rainfall was optimally utilised to provide an adequate water supply to the village community throughout the year.

Majority of the districts in south-western Haryana have highly saline water unfit for human consumption. Another pertinent issue plaguing Haryana’s water is pollution. The state’s main seasonal river Ghagger is replete with agrochemicals and pesticides, much beyond permissible limits for drinking purposes. A 2013 CGWB-North West Region report highlights that more than 50 parts per billion (PPB) of arsenic concentration was mapped in groundwater across various districts in the state that fall along the river courses of Yamuna and its tributaries (Bhattacharya, Kumar, and Lodh 2018: 579). 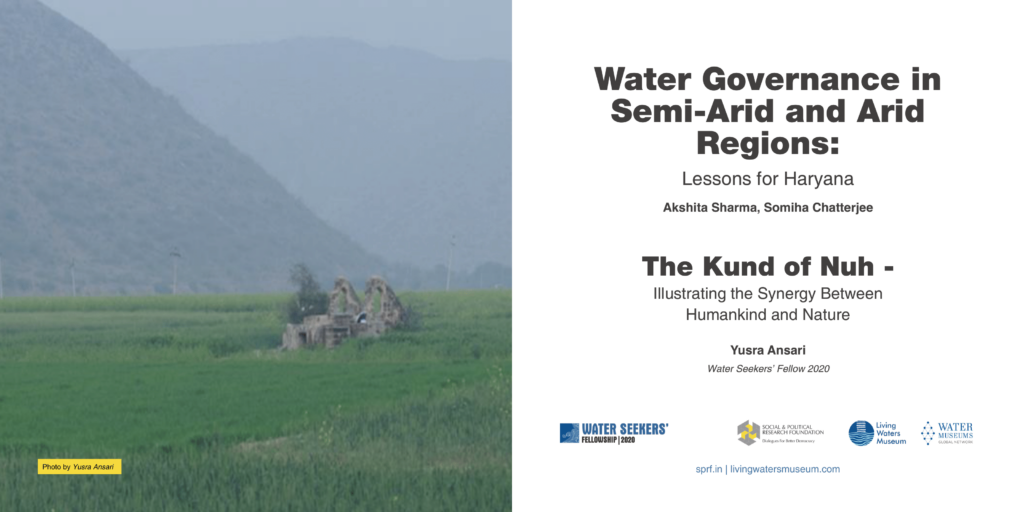