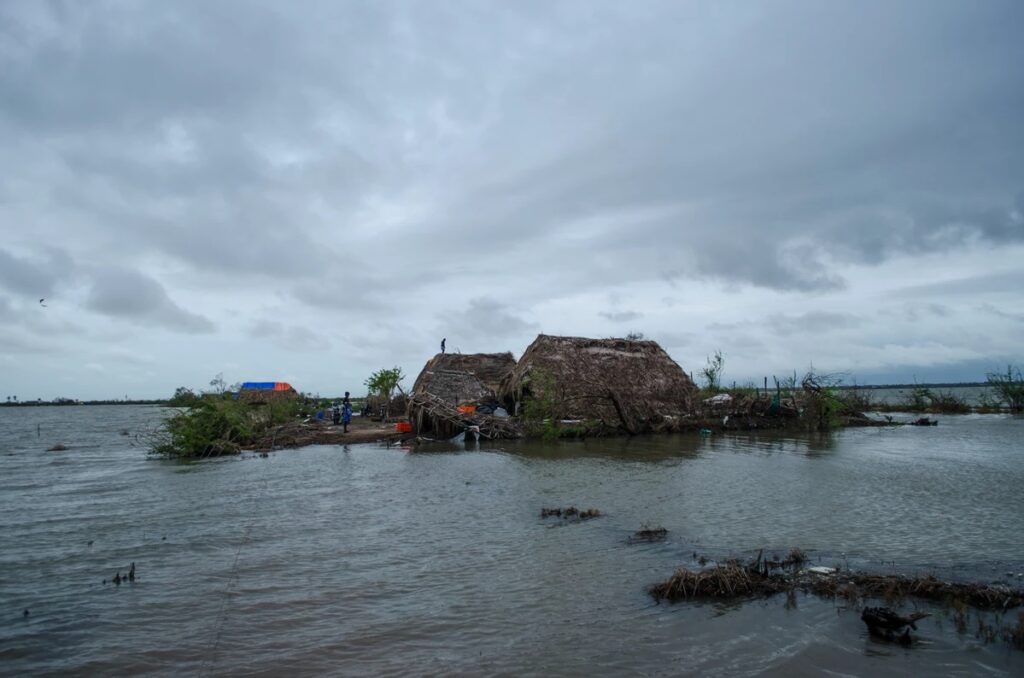 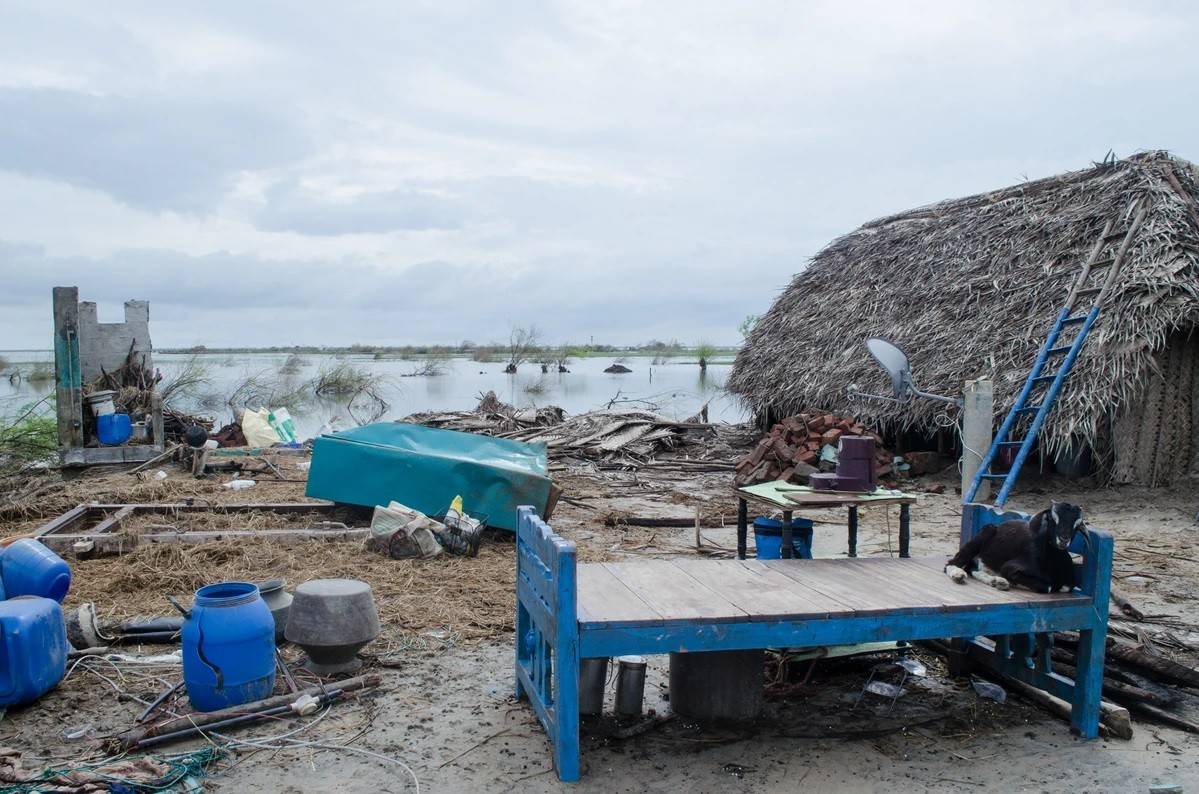 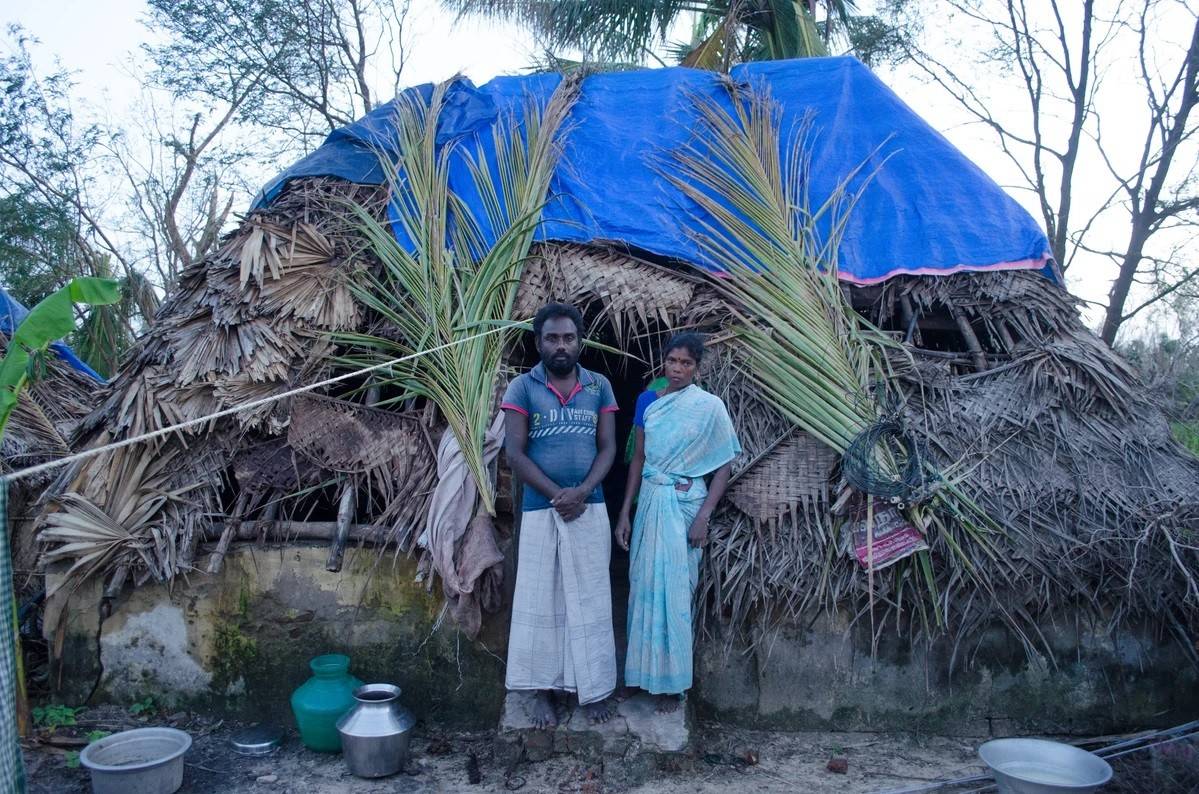 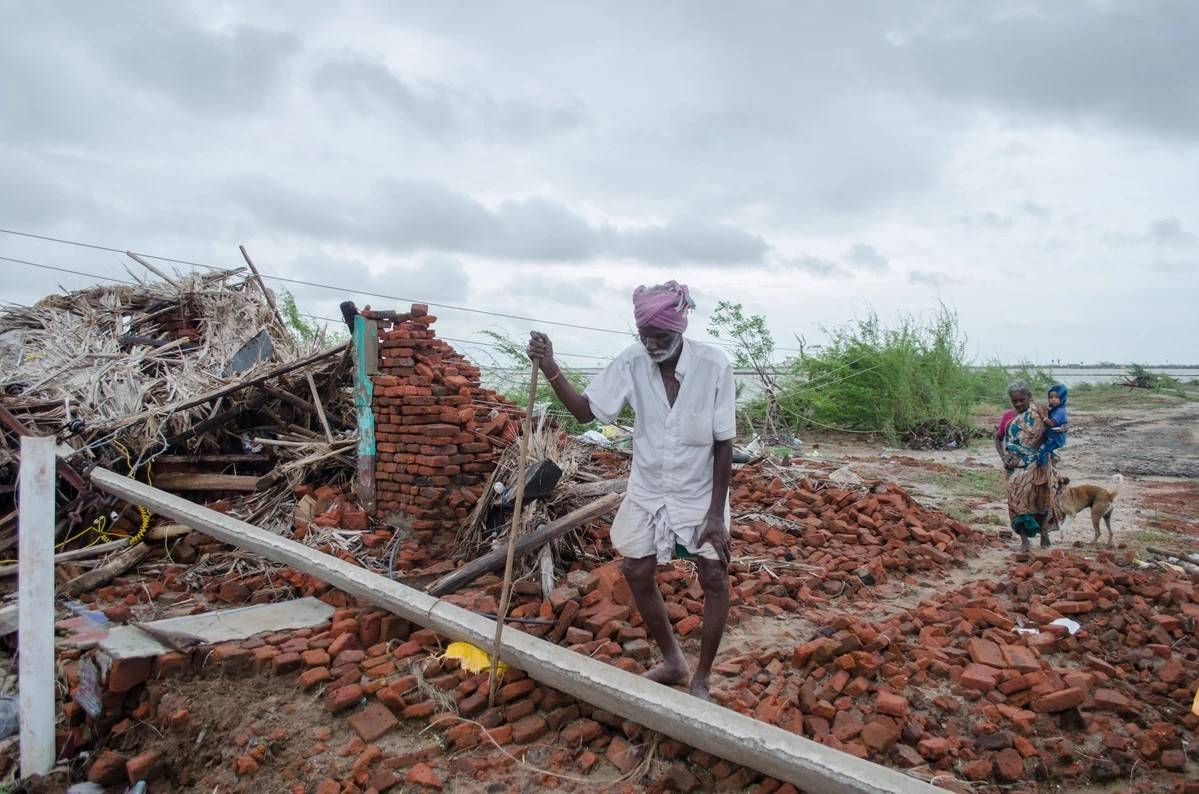 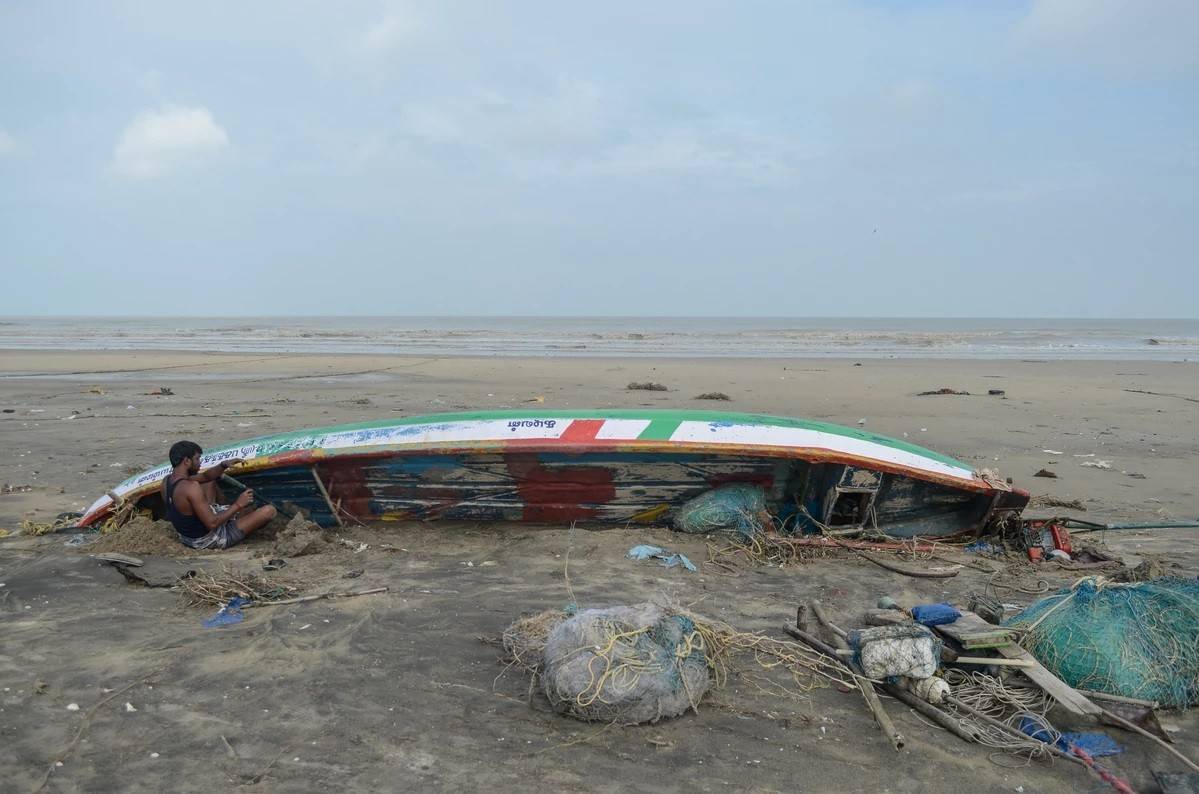 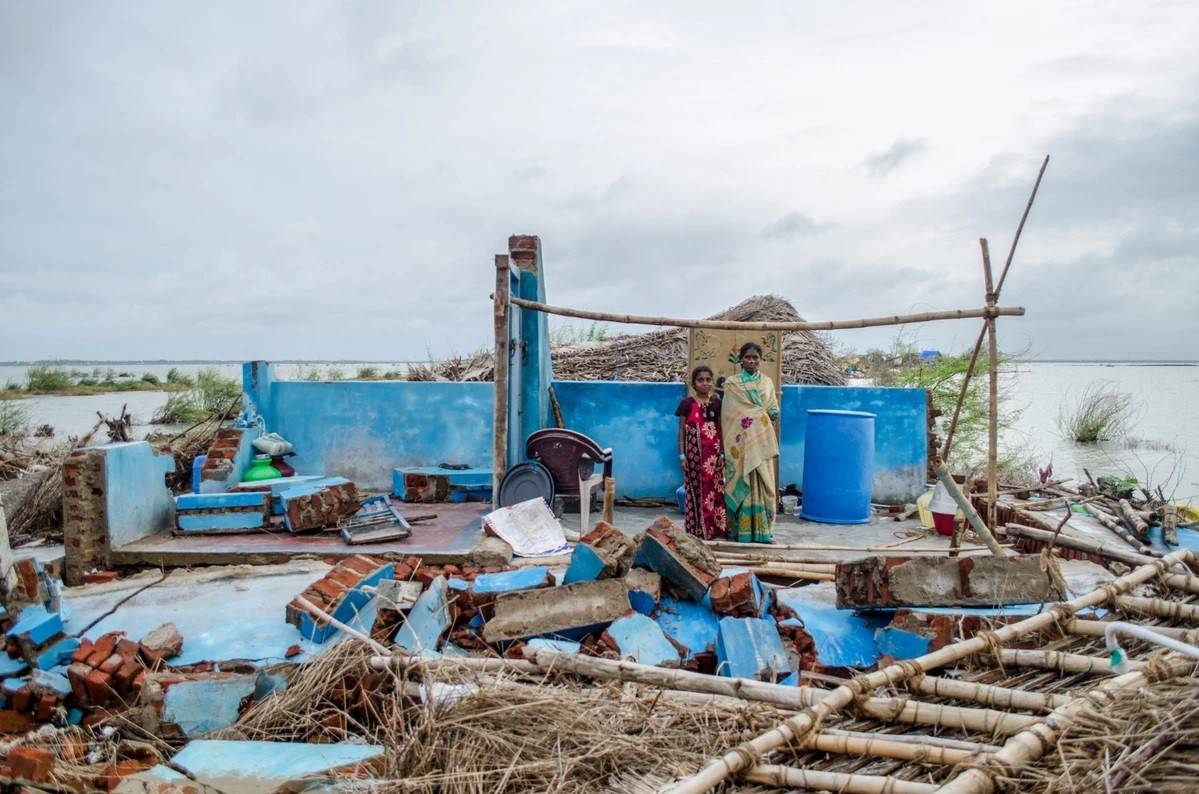 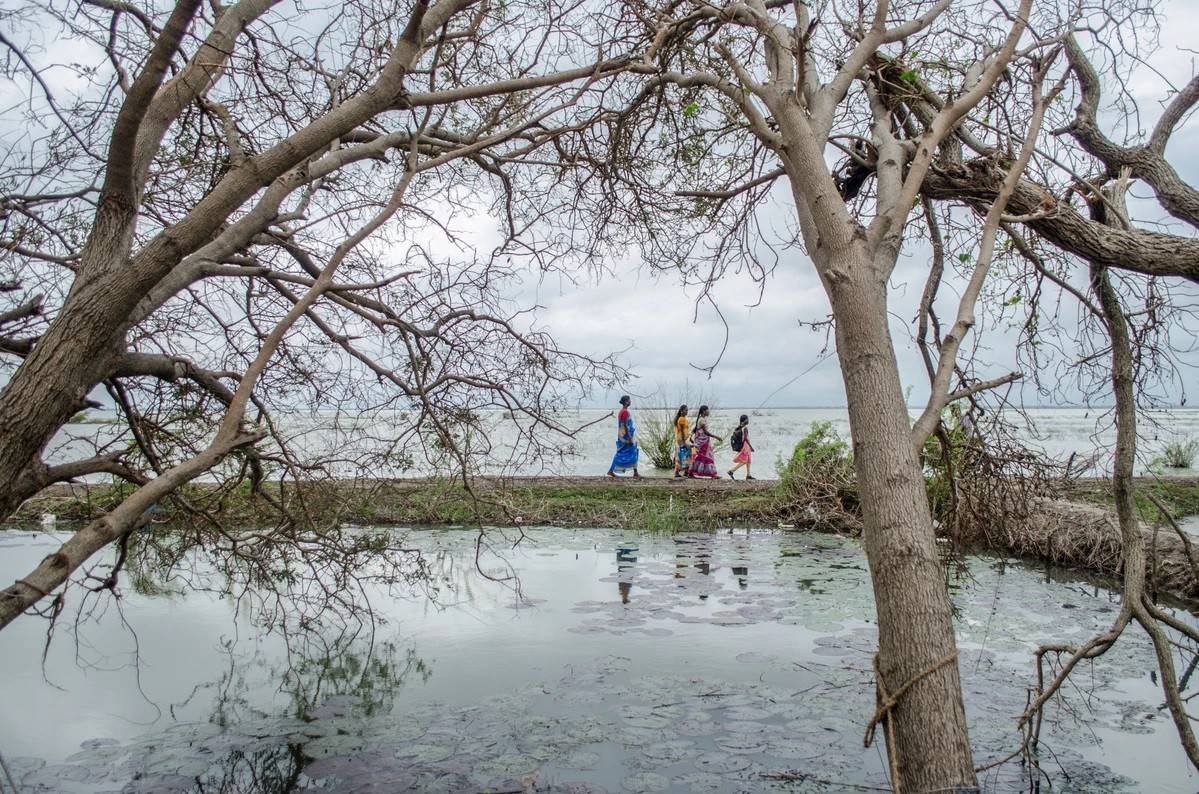 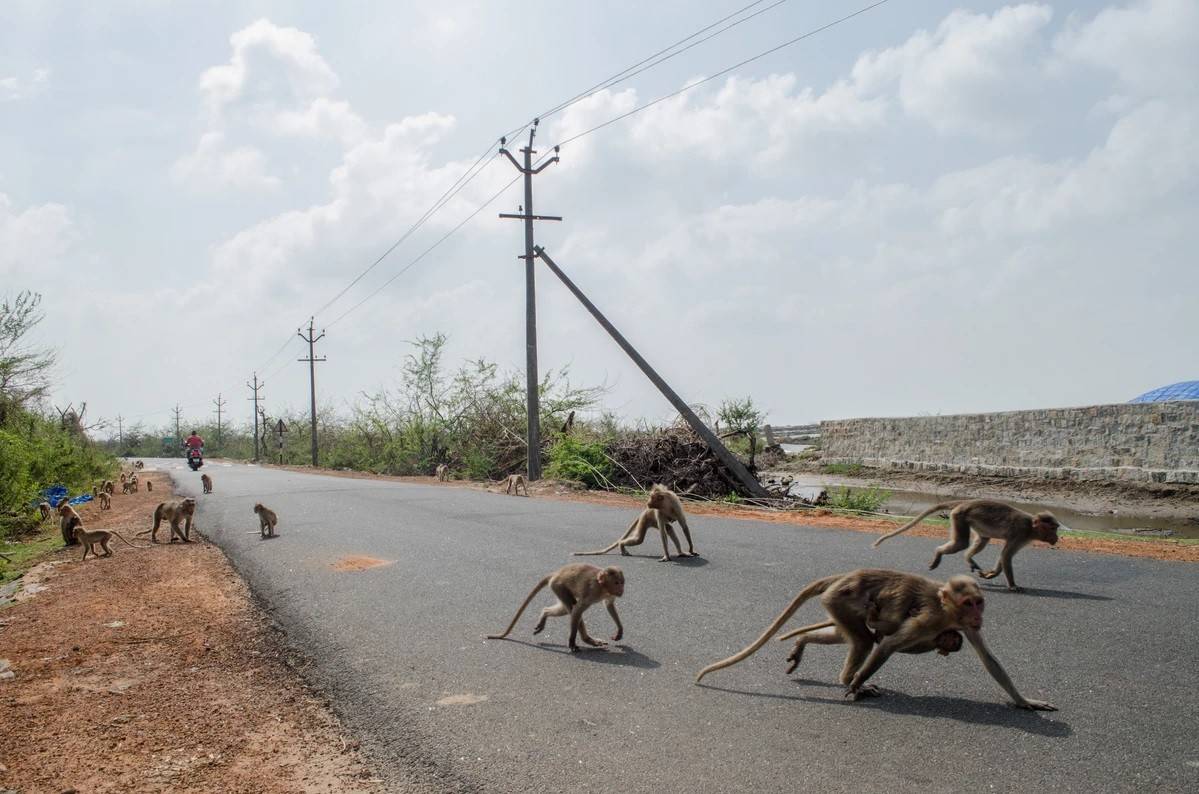 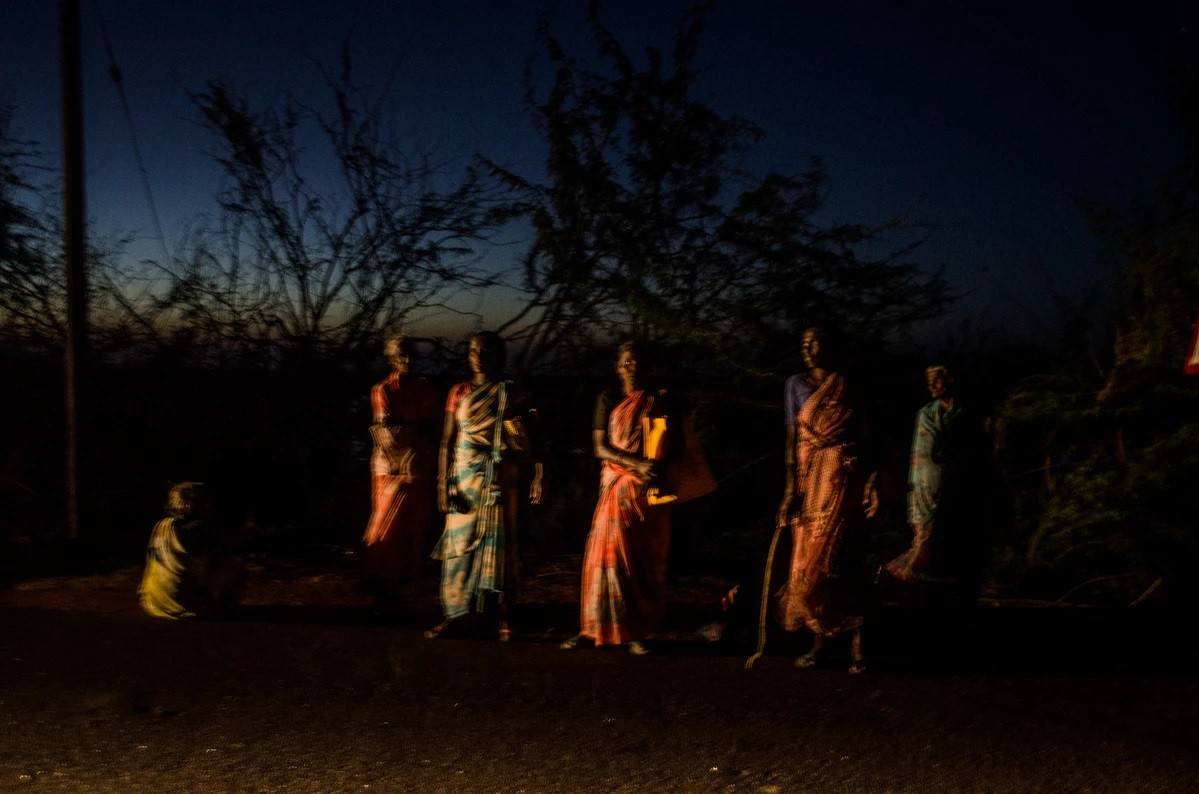 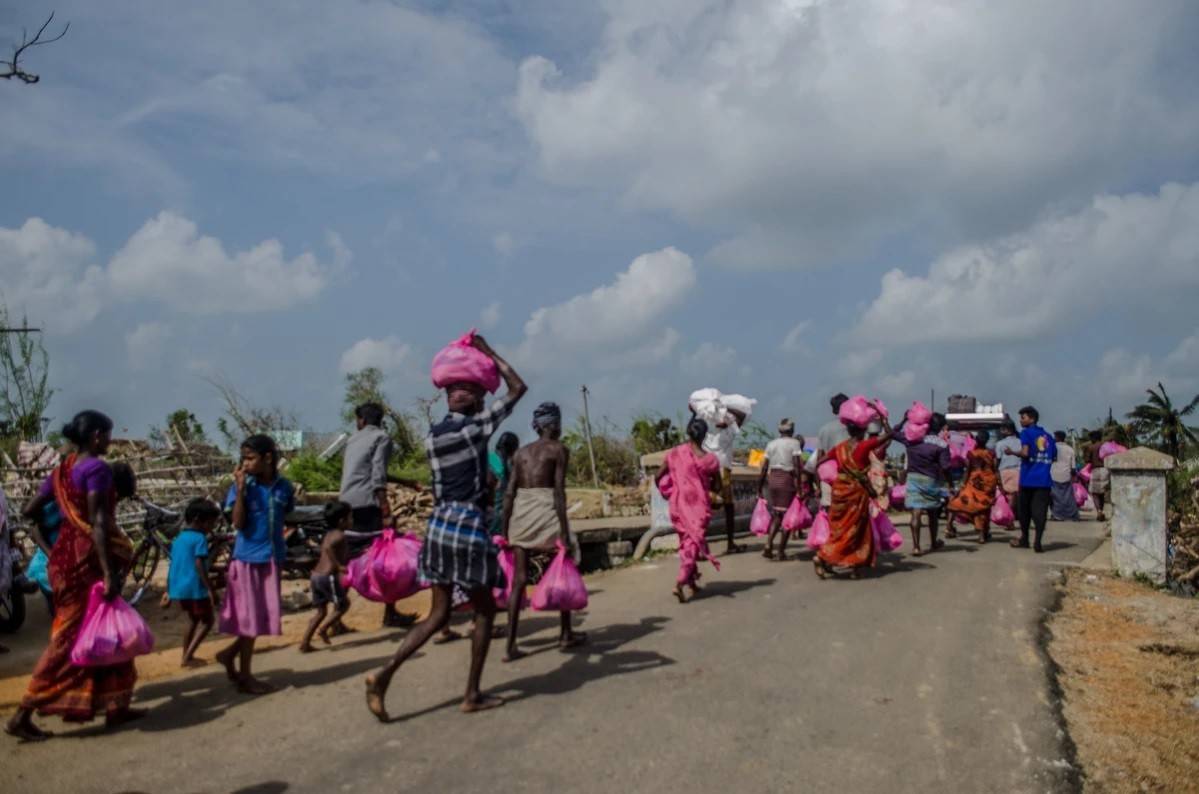 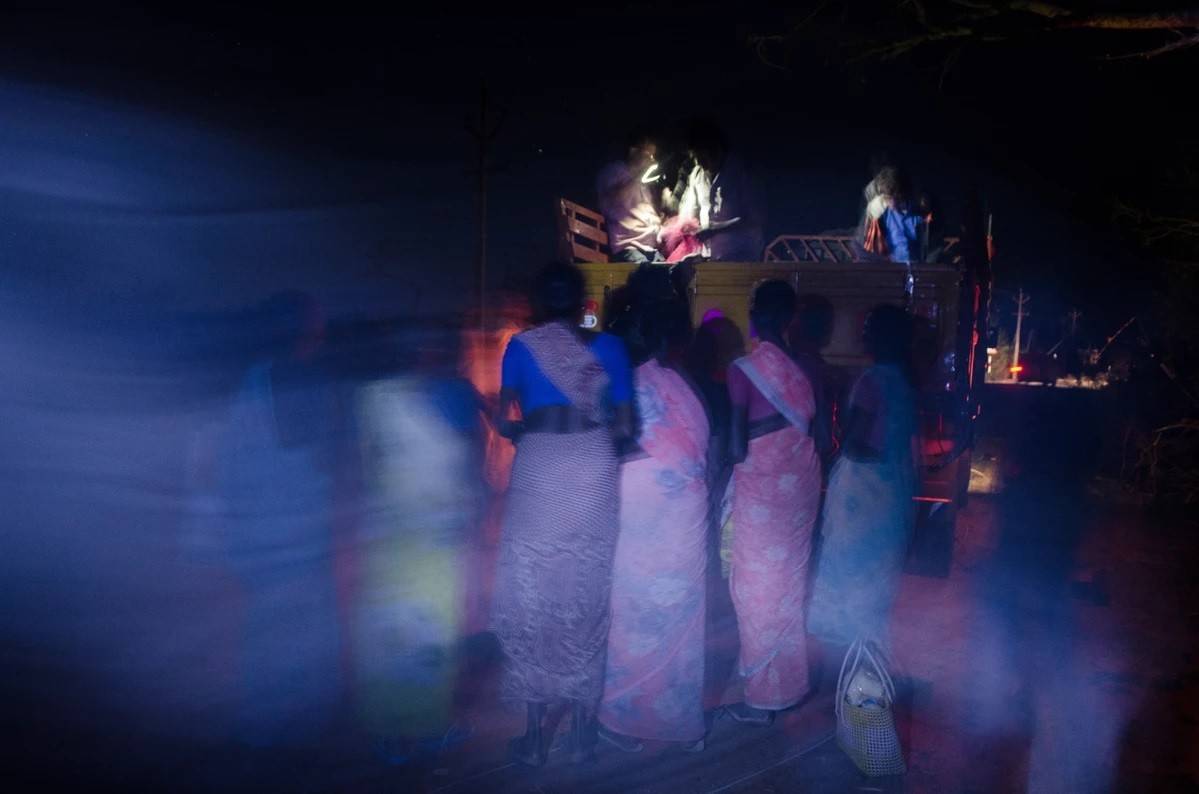 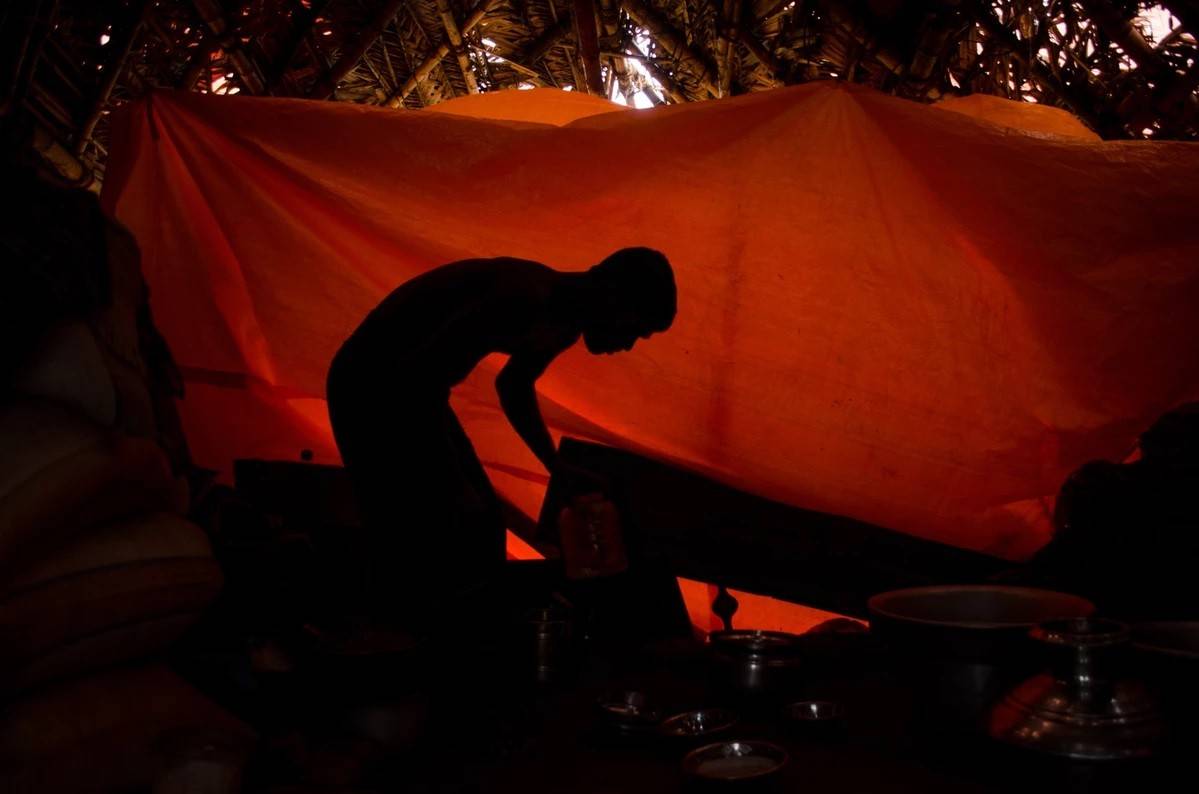 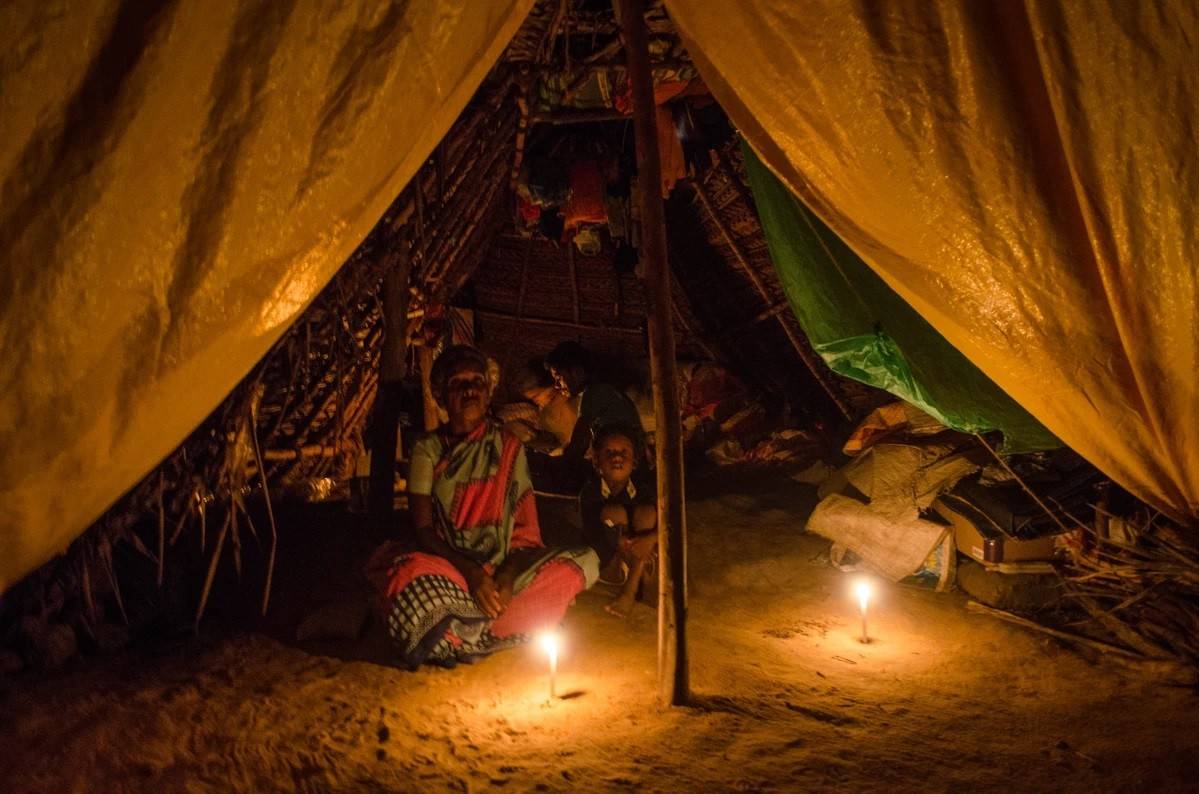 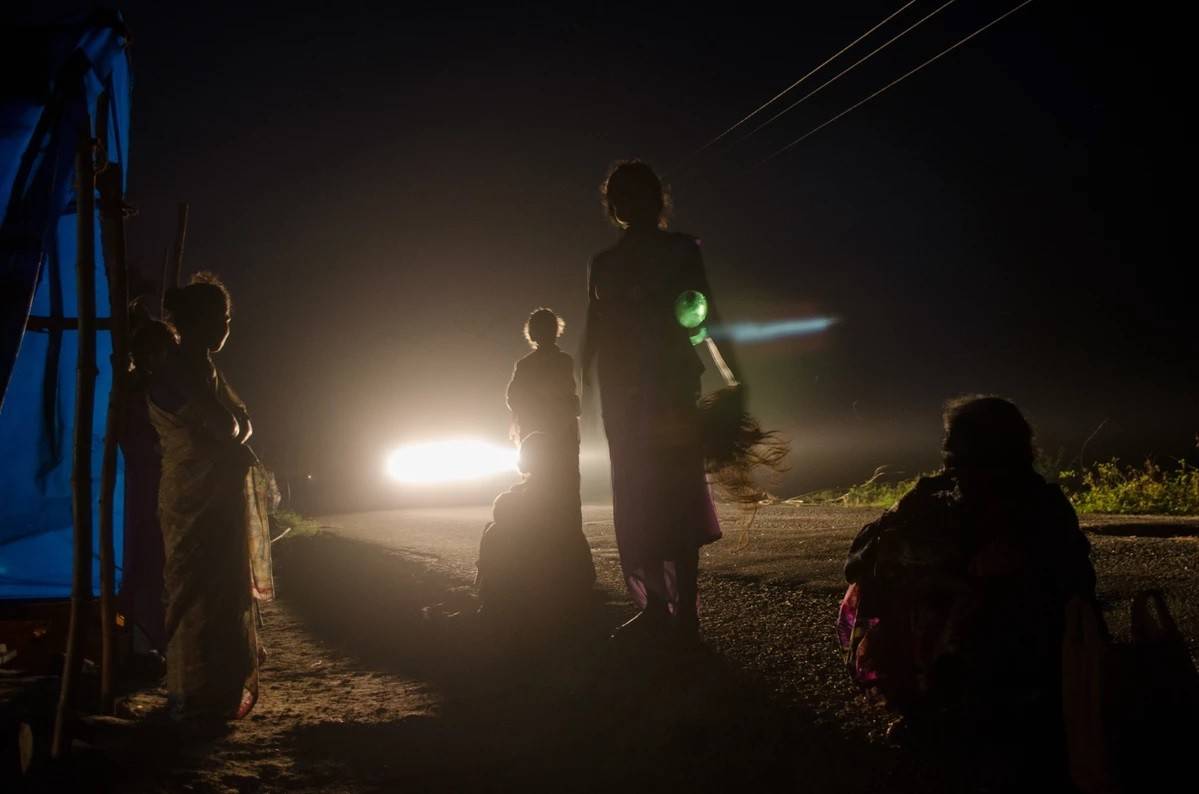 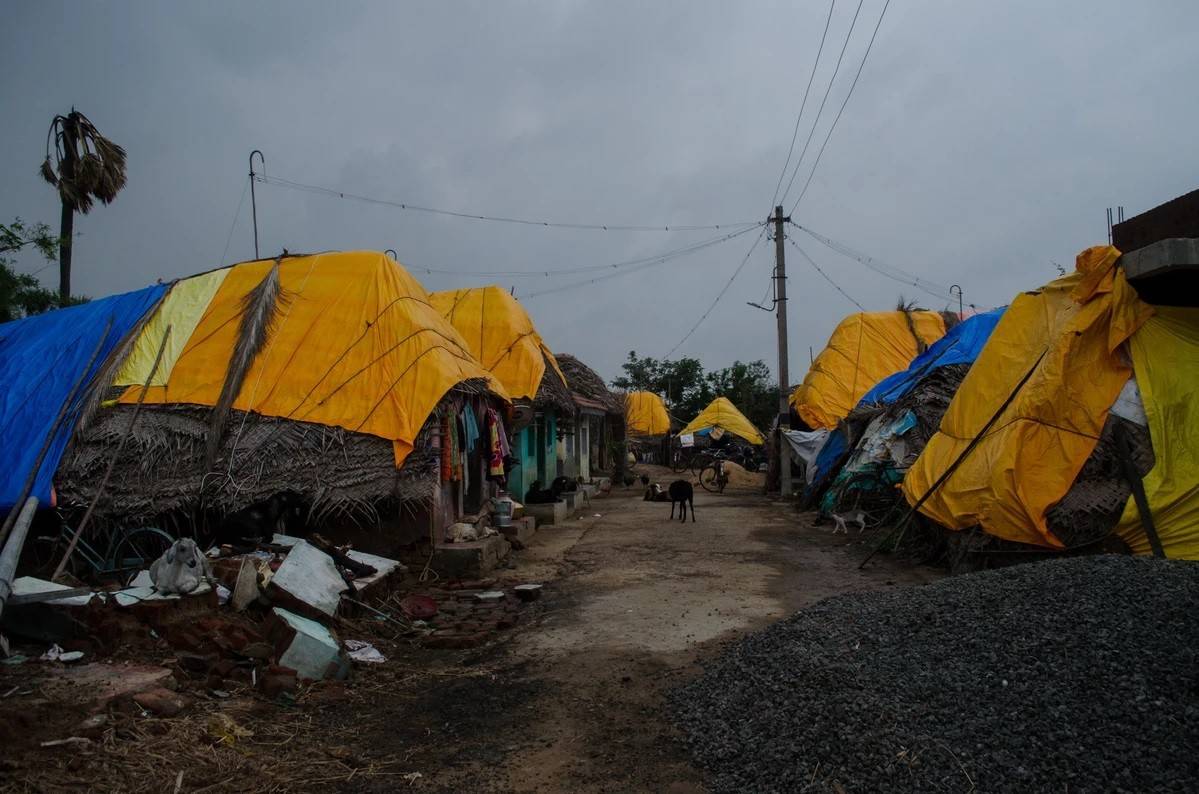 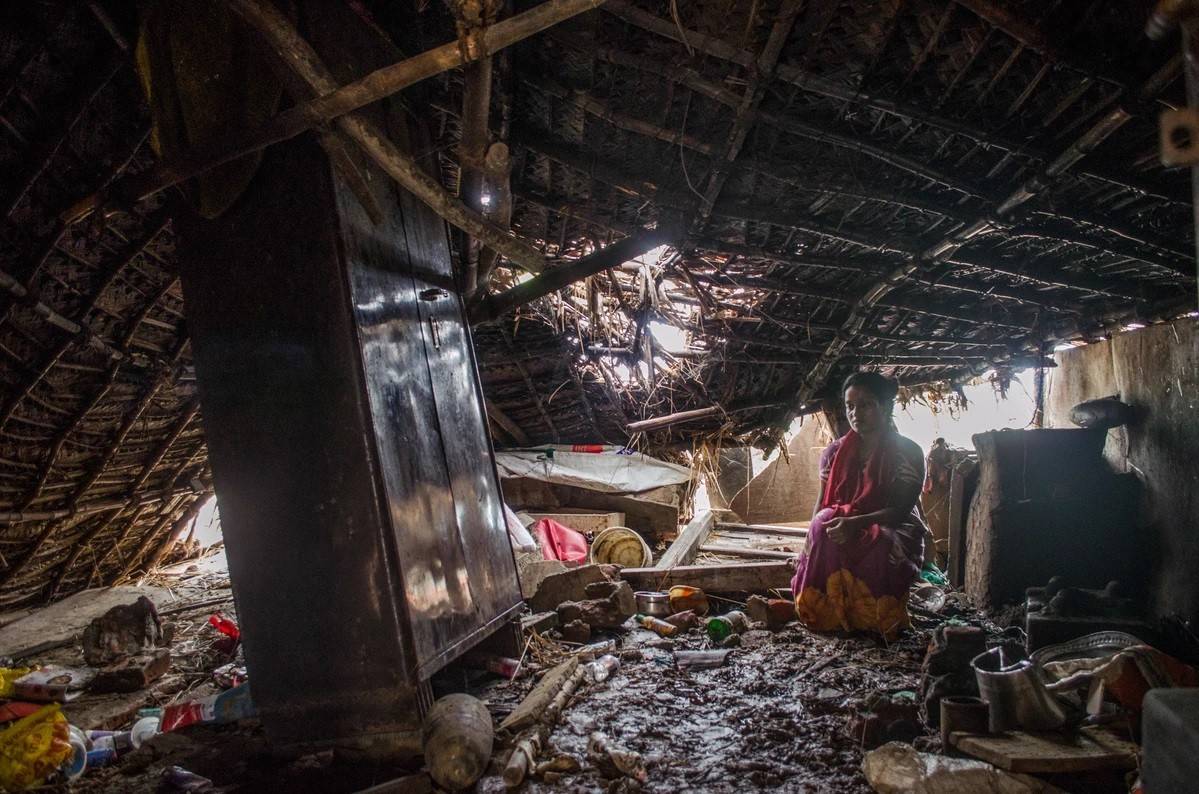 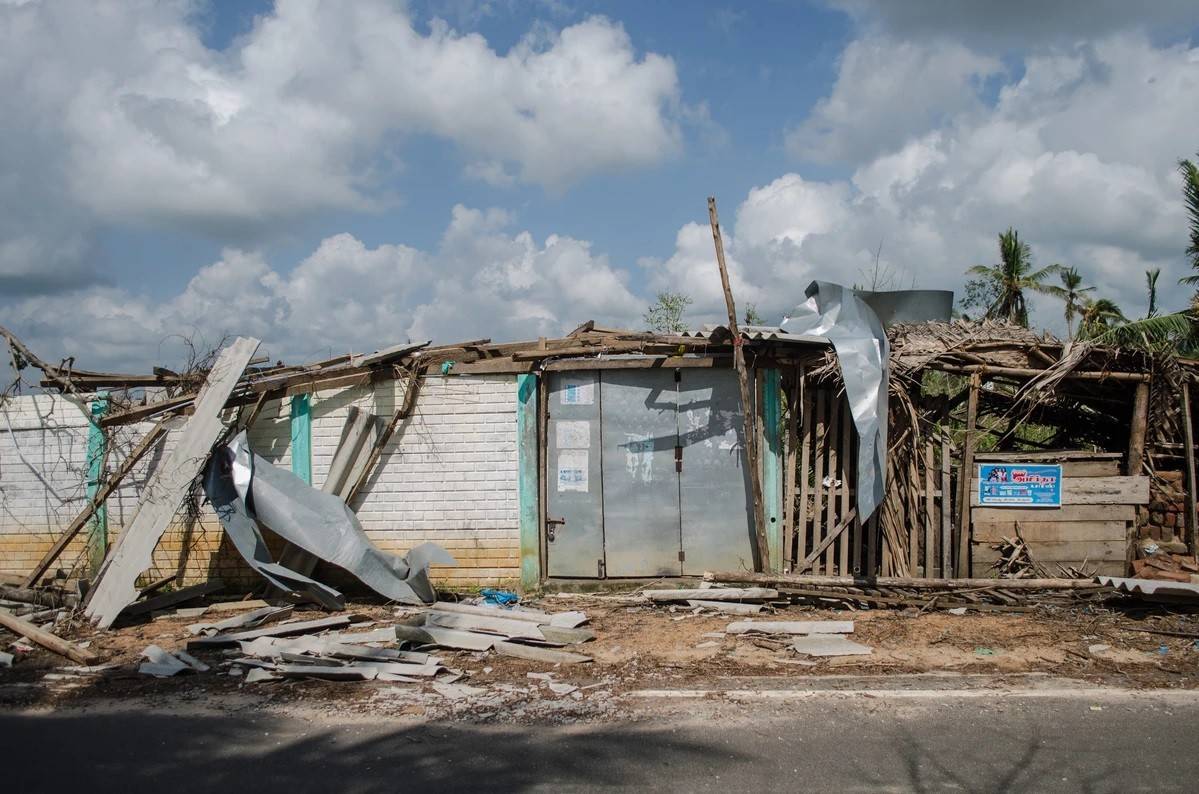 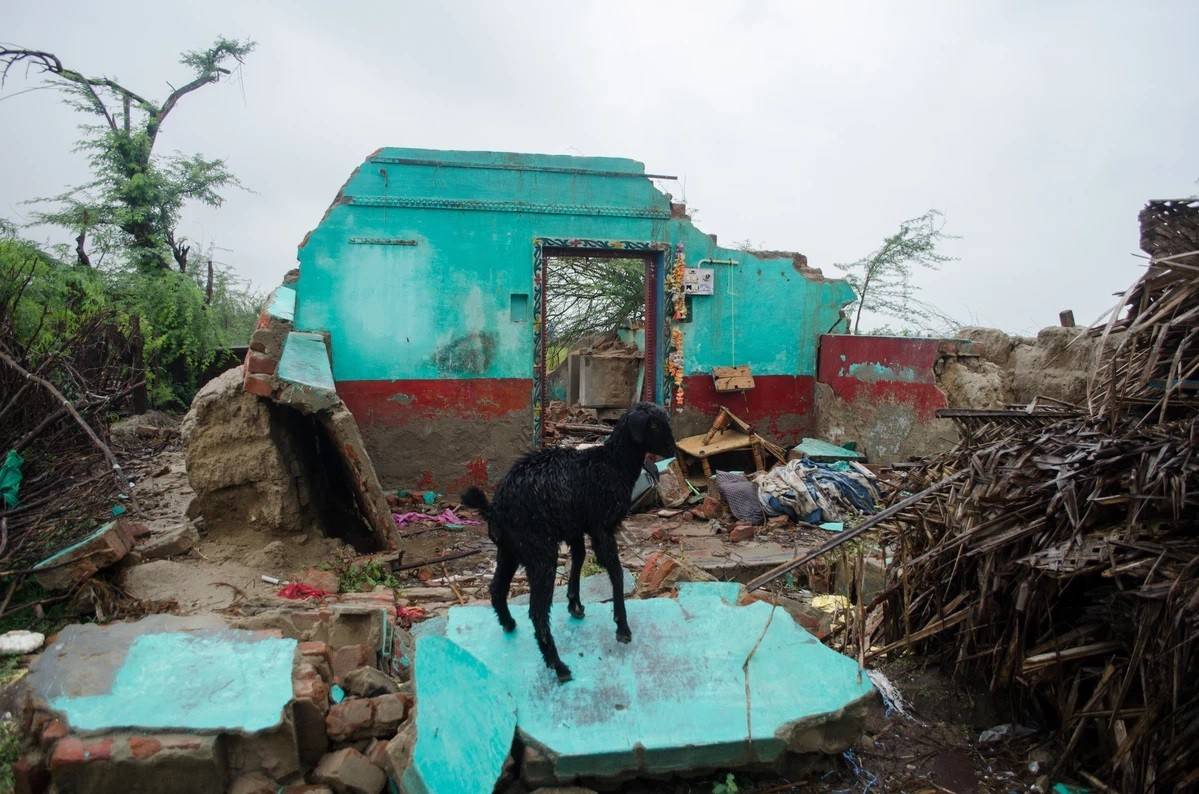 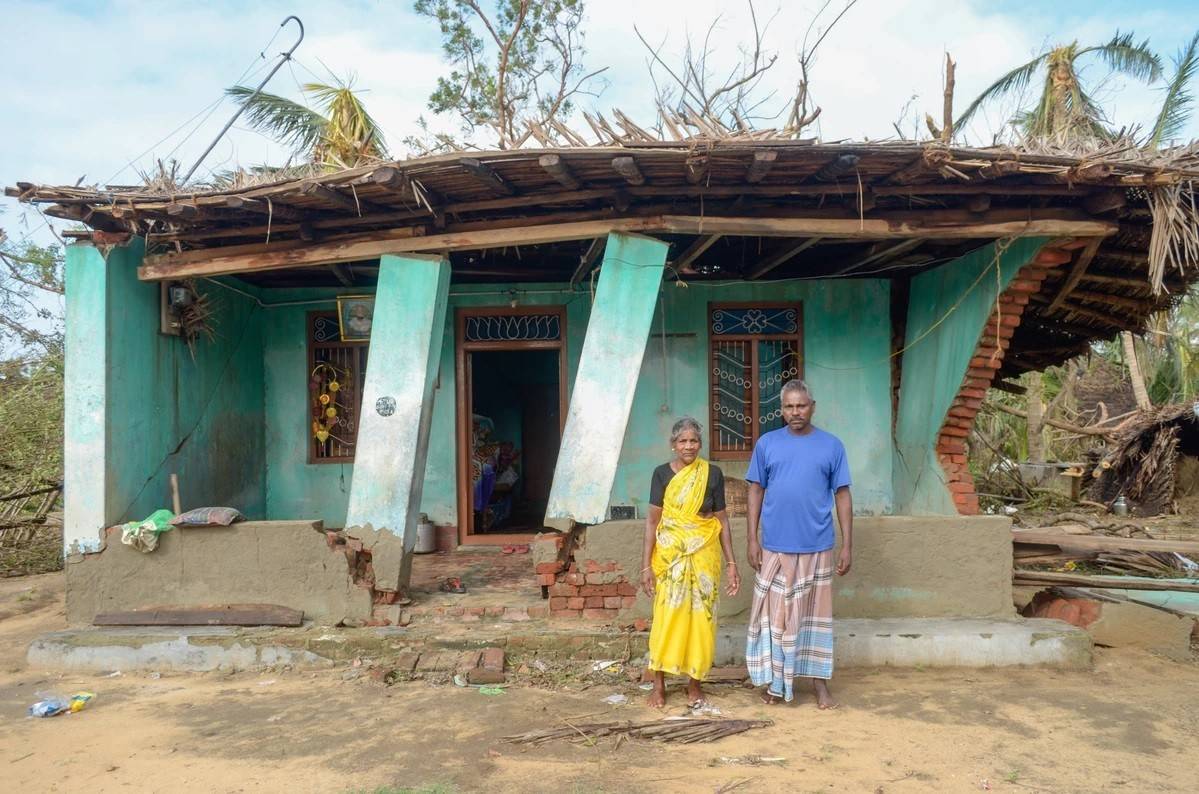 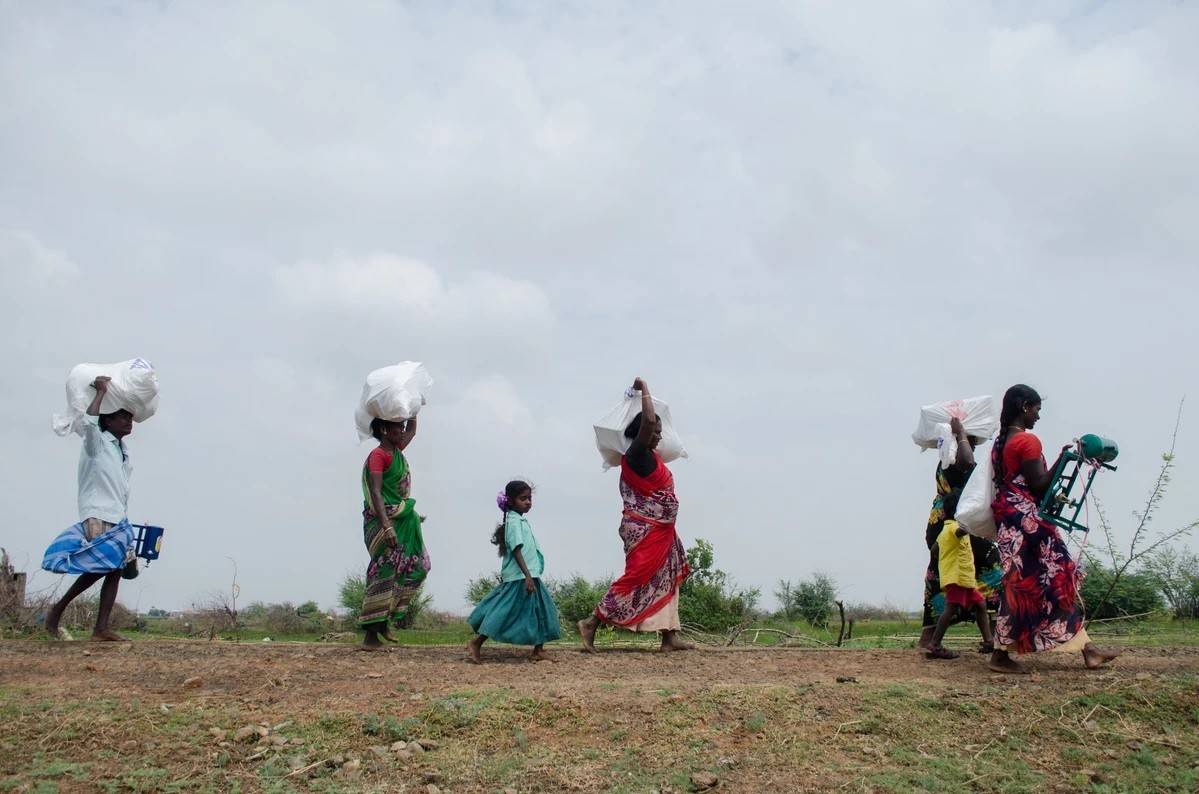 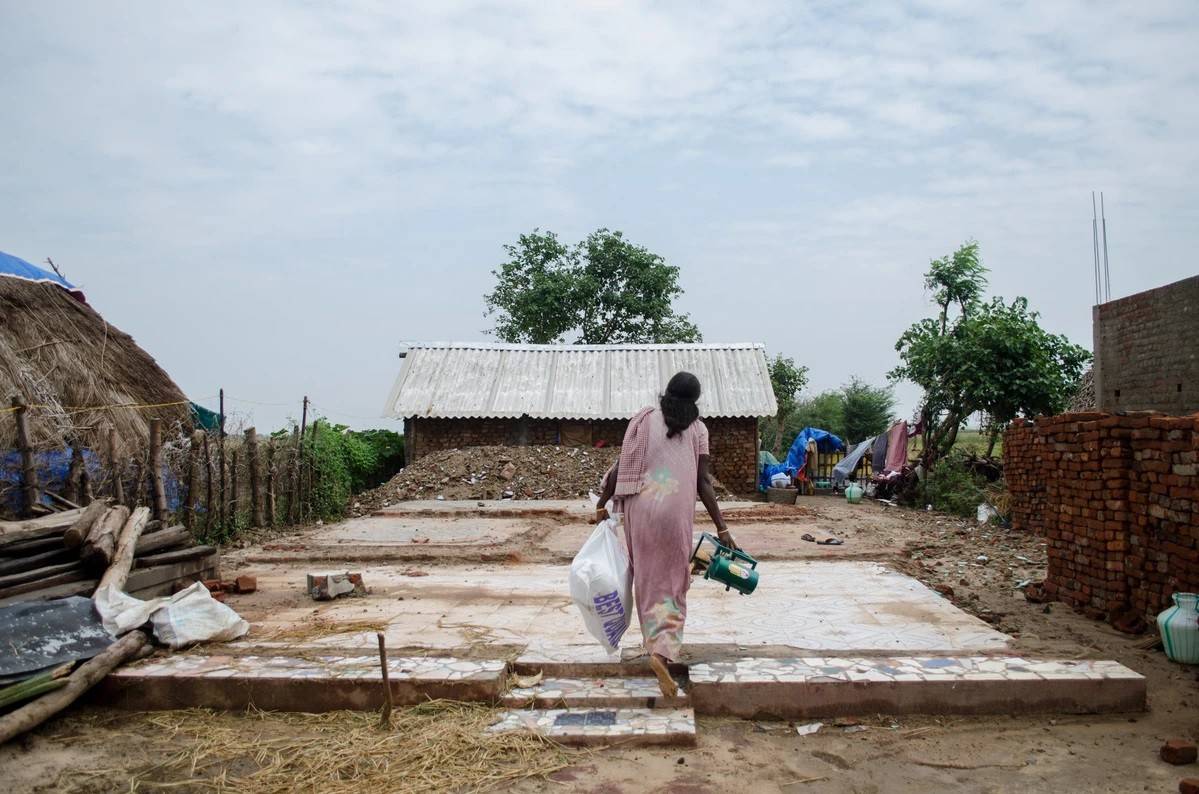 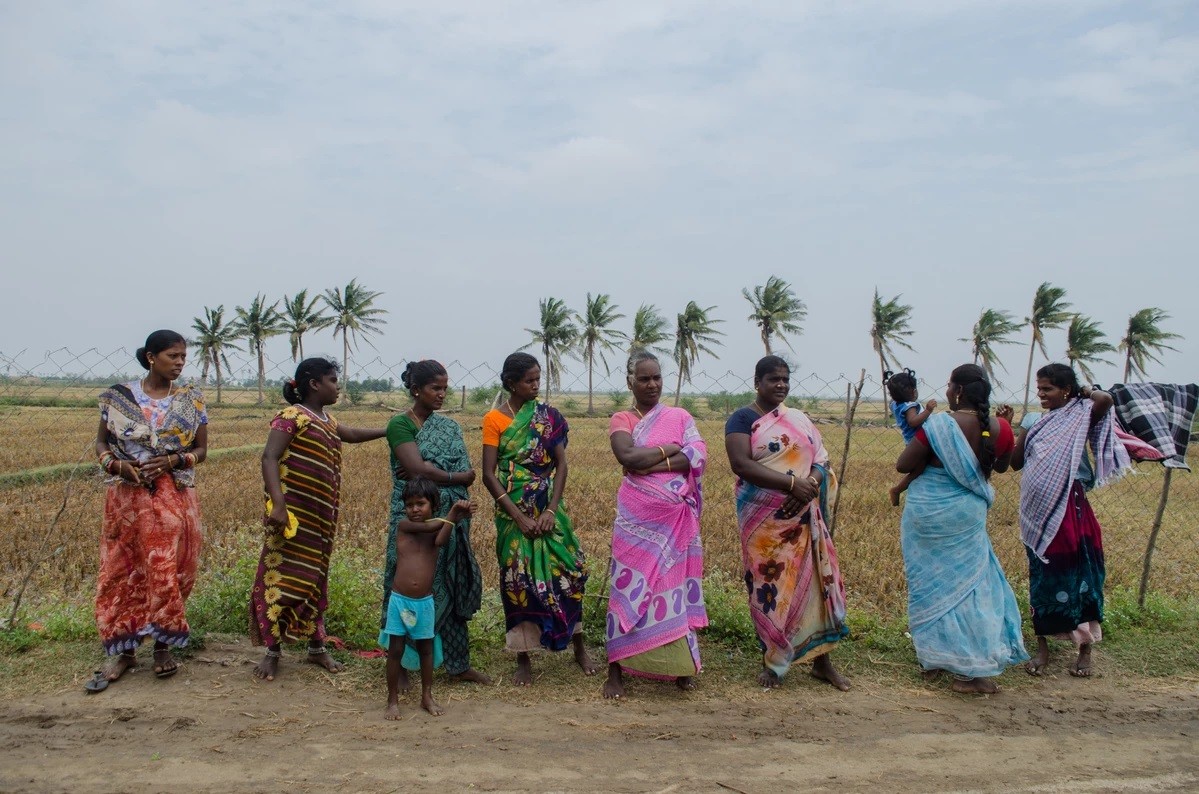 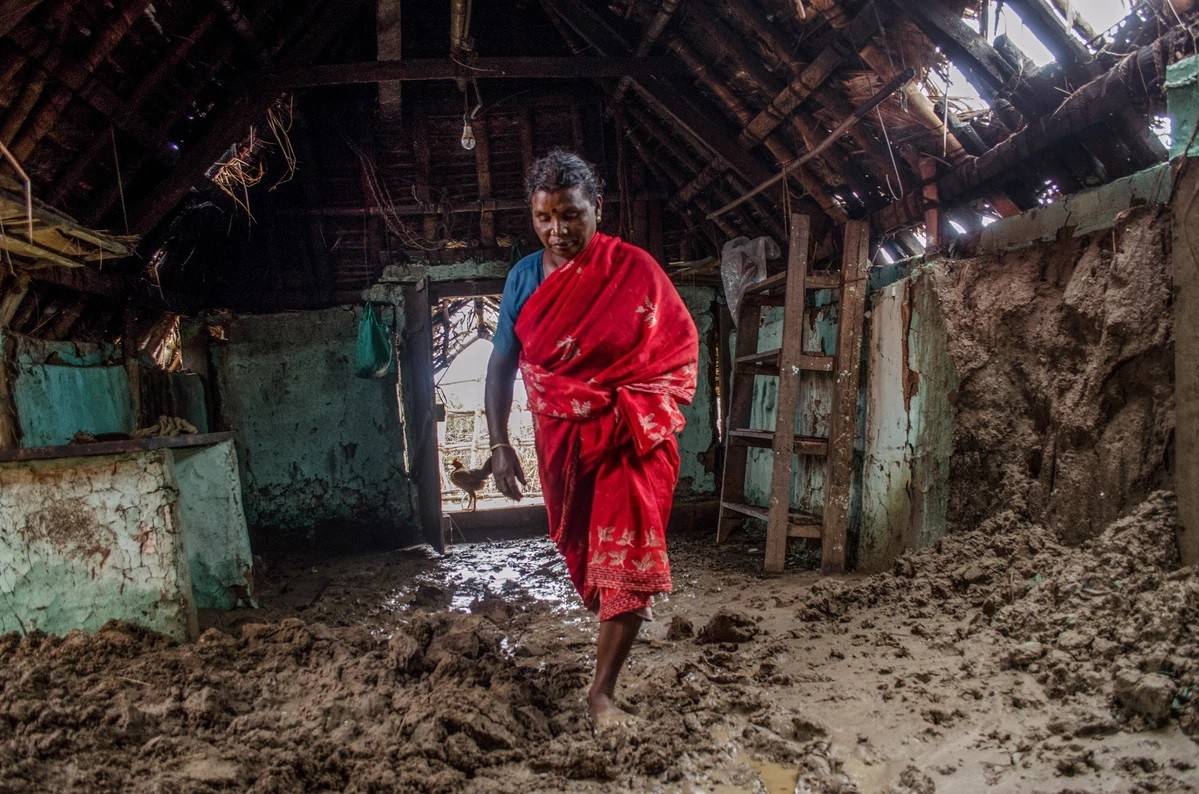 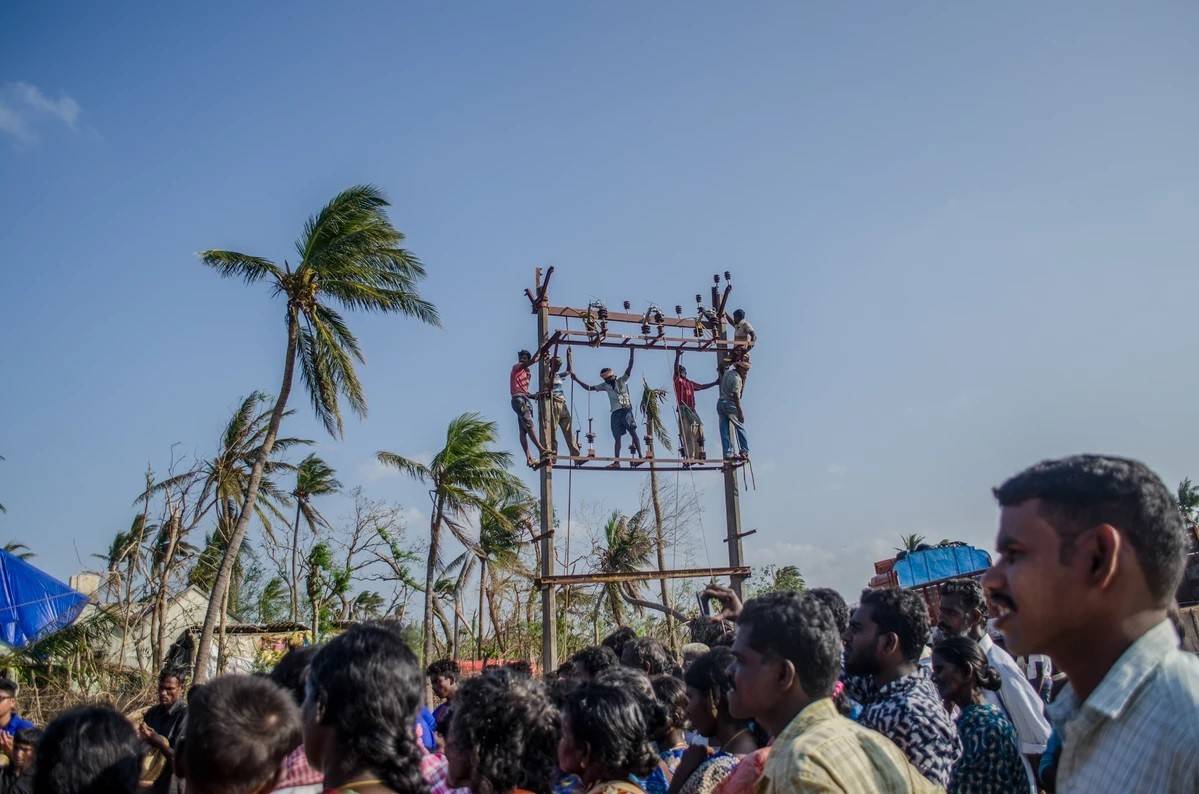 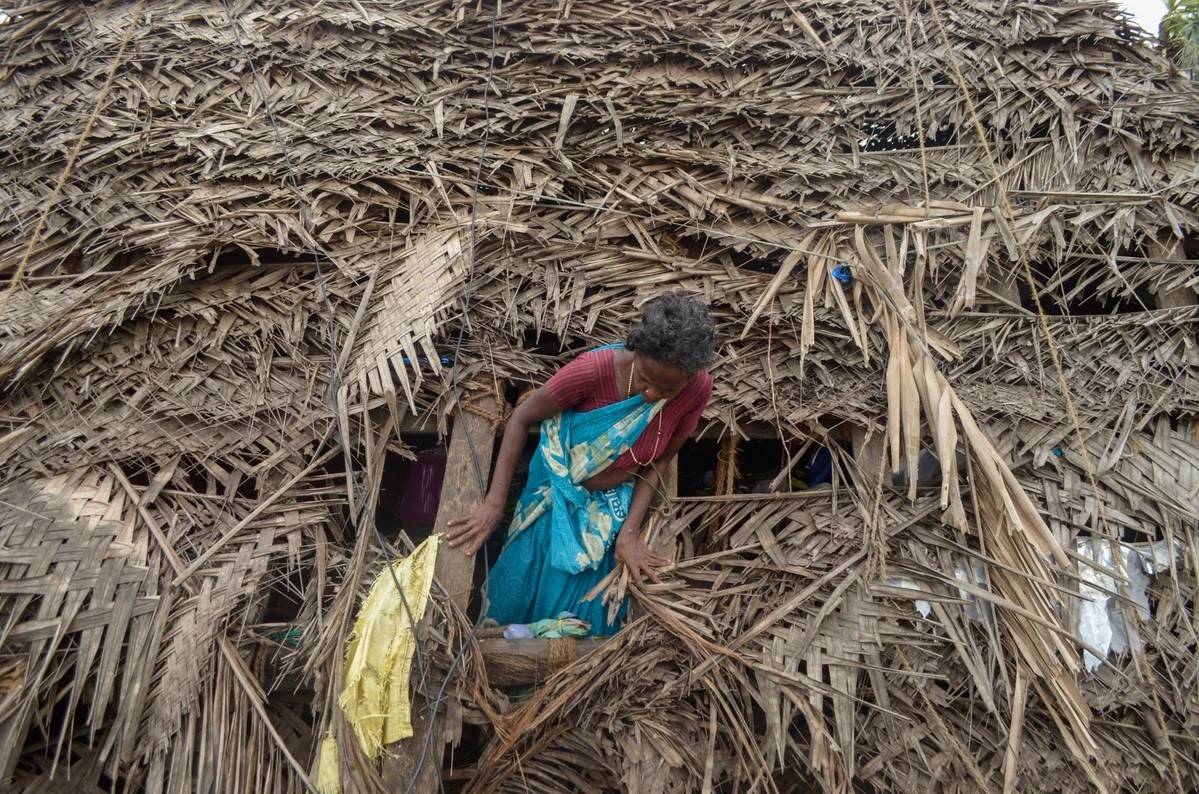 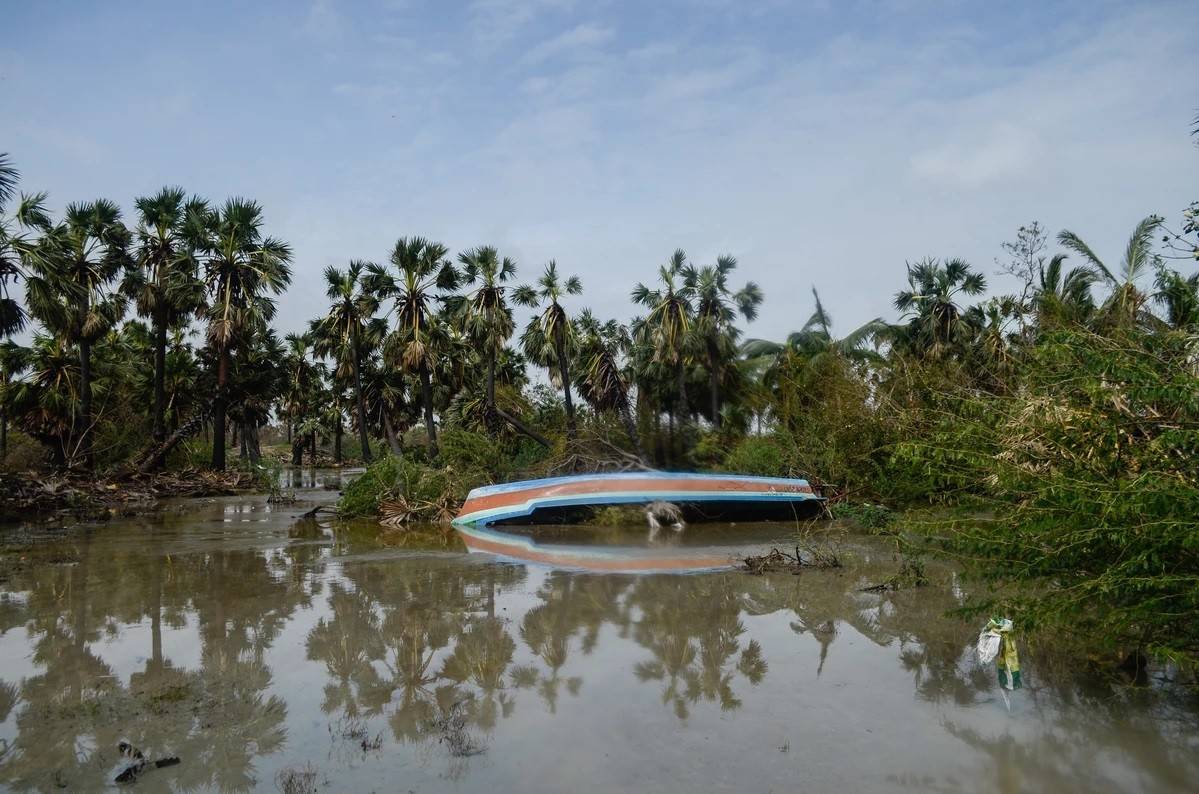 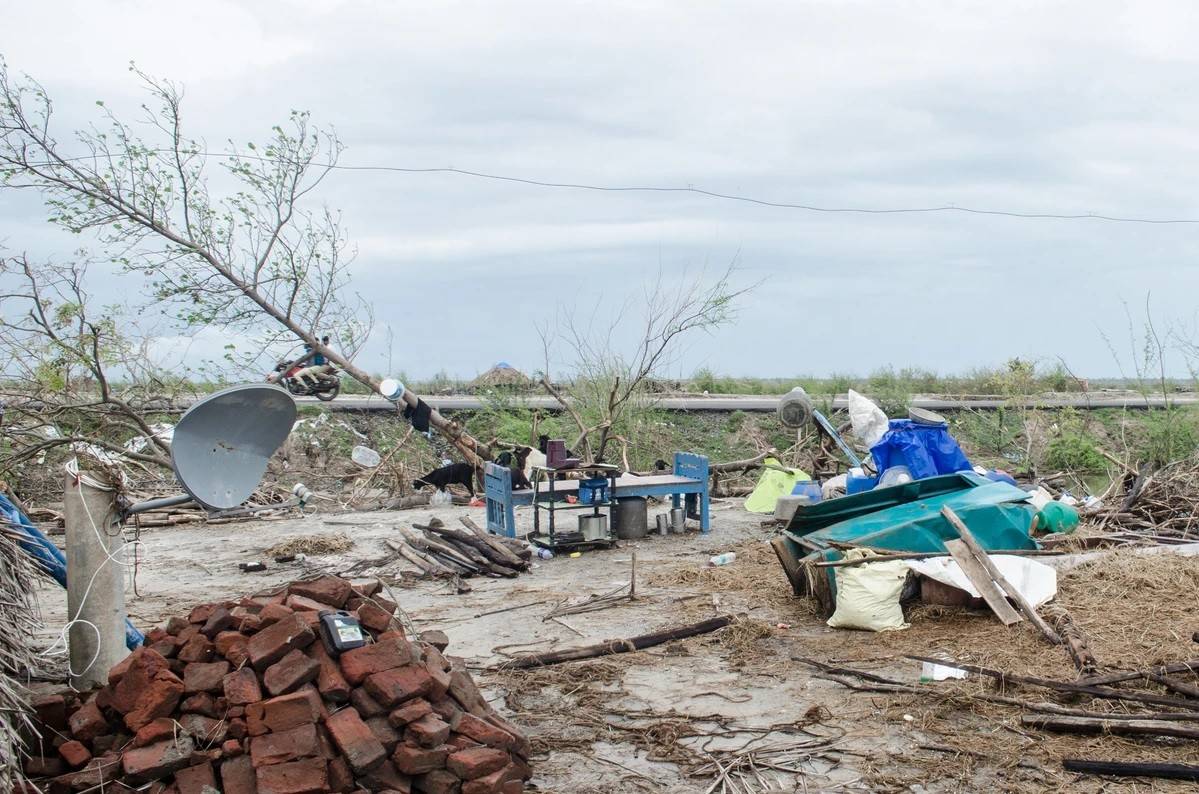 In November of 2018, Cyclone Gaja ravaged the eastern coast of Tamil Nadu. This photo series documents the massive damage caused by the cyclone, and the process of coming to terms with the disaster that has changed the lives of many.

The photographer travelled along the coast to Nagapattinam, Vedaranyam, Kodiakarai and other towns impacted by the cyclone.

On November 11, Cyclone Gaja hit the eastern coast of Tamil Nadu. Over the course of a little more than a week, thousands of people lost their homes, their livelihoods, electricity and most other necessities. Around 63 people lost their lives. According to reports, around 10 million coconut trees were damaged and around fifty thousand of these trees were uprooted entirely. In addition to the coconut trees, the damage stricken area was also covered with numerous mango trees and salt pans.

Consequently, the worst-hit were the daily wage workers, the workers who climbed the coconut trees, picked the fruit off the mango trees and worked in the salt pans. They did not have the safety net of the central government’s crop insurance scheme in this case, since the Pradhan Mantri Fasal Bima Yojana covers damages impacting only seasonal crops, and not perennial crops like coconut trees.

More than 5000 boats were said to have been damaged. Since most other inhabitants of coastal towns are dependent on fishing to earn their livelihood, recovering from Gaja’s damage and going back to normal life is a long journey ahead.

Cyclone Gaja also impacted agriculture, with a few farmers resorting to suicide. More than 117,000 houses were damaged according to government data, nearly 50% of which were completely destroyed. Those who have been rendered homeless by the cyclone have been moved to temporary housing camps and shelters. Many of them have poor sanitation and health conditions, leading many families with young children to live on the roads.

The chief minister of Tamil Nadu, Edappadi Palaniswami, requested the Prime Minister an aid amount of Rs. 150 billion for permanent rehabilitation, and another Rs. 150 billion for temporary rehabilitation. Around two weeks after the cyclone, the central government approved the release of Rs. 3.5 billion for the State Disaster Relief Fund. Meanwhile, the European Union has released a statement announcing emergency aid of 105,000 euros ( approximately Rs. 8.5 million). Although internal hamlets have been the worst hit,  aid to them has been delayed.

The sheer havoc wreaked by the cyclone on the eastern coast of Tamil Nadu was almost surreal and resembles a ravaged war zone. Some people had not eaten in days. The damage brought along a division among the victims due to two reasons; lack of sufficient aid and enduring caste structures. Aid was often stopped by politicians and distributed among themselves and their people. Rumours began to spread that a lot of coconut trees had fallen on houses and destroyed them, strengthening an already rapidly growing sentiment of wanting to distance themselves from nature in the future.