Bhopal 1984: The Lessons That Linger 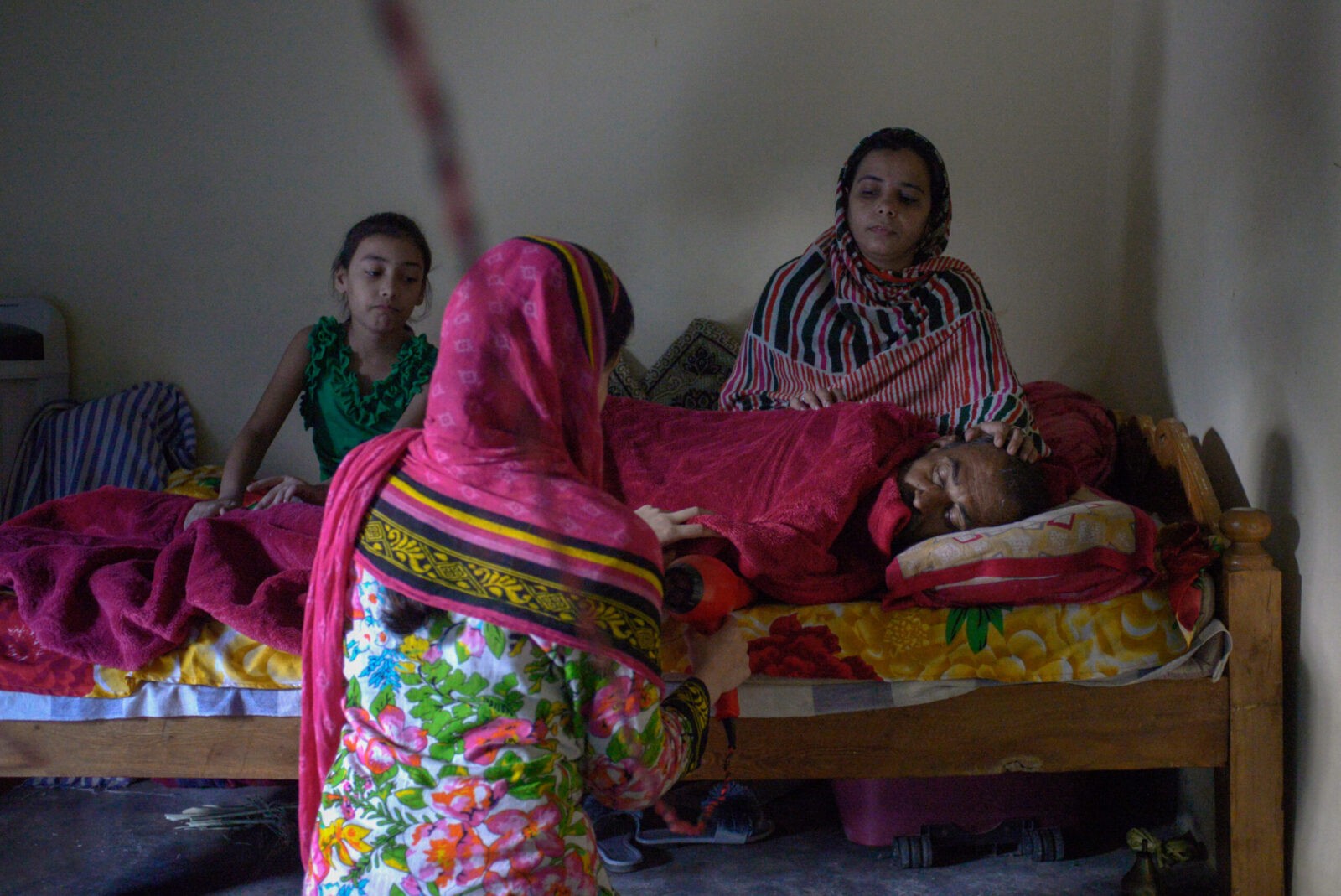 Mohd. Shafiq was eight-years-old when his mother vomited blood due to inhalation of MIC gas leaked from the UCIL factory. Thirty years later, Shafiq was diagnosed with chronic kidney disease (CKD) and hypertension (HTN). For the last eight years, he has been on dialysis twice a week. Last month, Shafiq had symptoms of Covid-19, and Bhopal Memorial Hospital and Research Centre (BMHRC) put his dialysis on hold until they received his Covid-19 test report. Due to delay in dialysis, his conditions worsened, causing swelling in his entire body. He was later admitted to another hospital and given dialysis as soon as he was tested positive.

More than 36 years ago, in the early hours of 03 December 1984, around 35-40 tonnes of methyl isocyanate (MIC) leaked from the Union Carbide India Ltd. (UCIL) factory in Bhopal, Madhya Pradesh. The leaked gas from the factory, a subsidiary of the US chemicals manufacturer Union Carbide Corporation (UCC), gradually covered an area of around 40 square km, killing more than 3700 people (15,000-20,000 as per individual claims) and affecting around 6,00,000 in total [1] [2]. Pregnant women miscarried as they ran, children died in their parents’ arms, and hospitals were overwhelmed.

Widely known as the “world’s worst industrial disaster”, the Bhopal gas leak was a dreadful wake-up call for India’s policymakers. Before the tragedy, practically no industrial disaster safeguard policies or sui generis laws were in place in the country. The accused were tried under the Indian Penal Code sections pertaining to homicide and death due to negligence.

In the years following the tragedy, though, several acts and rules were passed to deal with such contingencies effectively. The Bhopal Gas Leak Disaster (Processing of Claims) Act 1985 (Act, hereafter) was passed in the immediate aftermath of the incident. The Act conferred the power to legally represent the victims on the central government, intending to ensure speedy, effective, and equitable settlement of claims [3]. Contrary to the Act’s mandate, however, the compensation and individual claim settlement process have been endless, holding vital lessons on how not to handle such a tragedy.

Initially, there was a tussle between the UCC ($5 million) and the Indian government ($3.3 billion) over the compensation amount [2]. Eventually, as part of an out-of-court settlement in 1989 — four years after the tragedy — both parties agreed on $470 million as compensation [ibid]. However, this settlement was reached without involving victims and their families [4]. As part of its order, the Supreme Court of India (SCI) quashed all criminal cases borne out of the disaster and transferred all civil lawsuits to its jurisdiction, concluding all settlements [ibid].

Thus, not only did the government settle for approximately 14% of its initial estimate of losses, SCI endorsed the settlement without consulting the victims, leaving no room for victims filing criminal lawsuits against UCC in future. The SCI order endorsing the amount was based on its then estimate of 2,05,000 victims (including casualties) [ibid]. However, as per official data, by October 2014, compensation had been awarded by the government to 5,74,386 victims and dependents [5] – far above the initial estimate that was used to justify the amount paid by UCC. Government agencies started disbursing the compensation amount only in 1991-92, seven years after the tragedy. The process went on till 2014, with some receiving as low as INR 26,000 [4]. 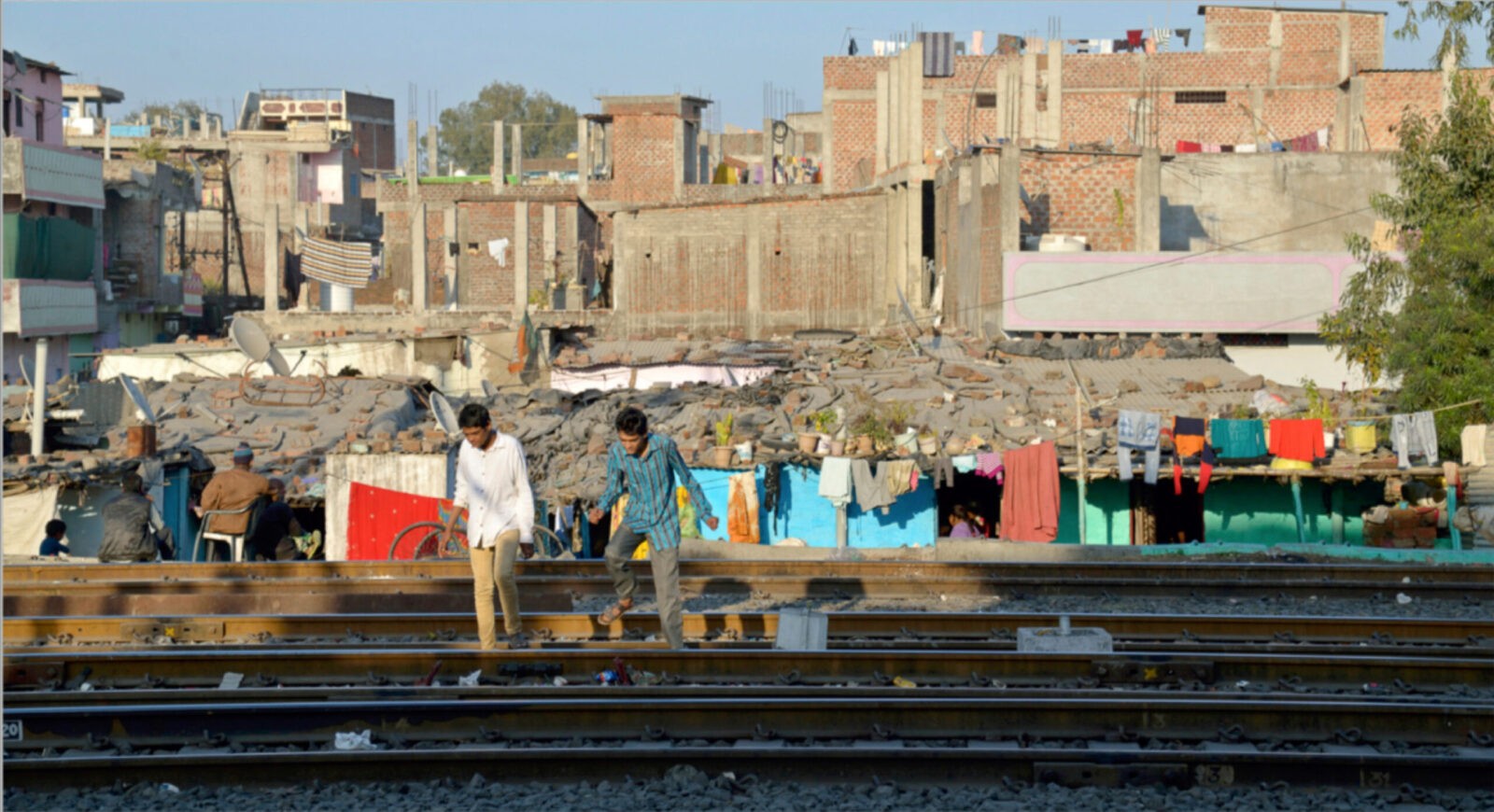 Hassan Khan, 23, and Nawab Khan, 20, are brothers. Both have cerebral palsy caused by the consumption of contaminated groundwater. Due to their poor health, even basic activities like crossing railway lines on their way home is a struggle. [2018]

The gas leak was just the beginning. Since the early 1990s, studies have been conducted on soil and water samples from the areas in the factory’s vicinity that show high levels of toxic chemicals in the environment. One study from 1990 showed high levels of Dichlorobenzenes — a chemical that damages the liver, kidneys, respiratory, and nervous system — in drinking water samples [6]. Another study from 2009 showed the presence of pesticides 40 times above the permissible limit in groundwater samples from areas over 3 km away from the factory site [7]. In Bhopal, the chromosomal abnormalities and carcinogenic effects caused by MIC exposure have lingered on [8]. Cerebral palsy, muscular dystrophy, Down’s syndrome, cancer, blindness, hypertension, attention deficit hyperactivity disorder, and learning difficulties are some common ailments found in the population, particularly the survivors.

Manisha’s parents were unknowingly consuming contaminated groundwater before she was born. Now 13-years-old, Manisha was born with cerebral palsy and intellectual disability and needs regular therapy to do basic day-to-day activities.

While the physical and psychological impact of the disaster compounded, the compensation, monetary or otherwise, did not. That also holds true for the disaster’s impact on the area’s living environment, as those in power never accounted for the losses to soil health, aquifers, surface water bodies, flora, and fauna, etc.

Since the Bhopal disaster, there have been more than two dozen major and minor industrial accidents in India even as new hazardous waste management rules have been brought in, and its disaster management infrastructure has evolved considerably. Whether enough lessons have been learnt in handling the aftermath of an industrial disaster is still up for debate. 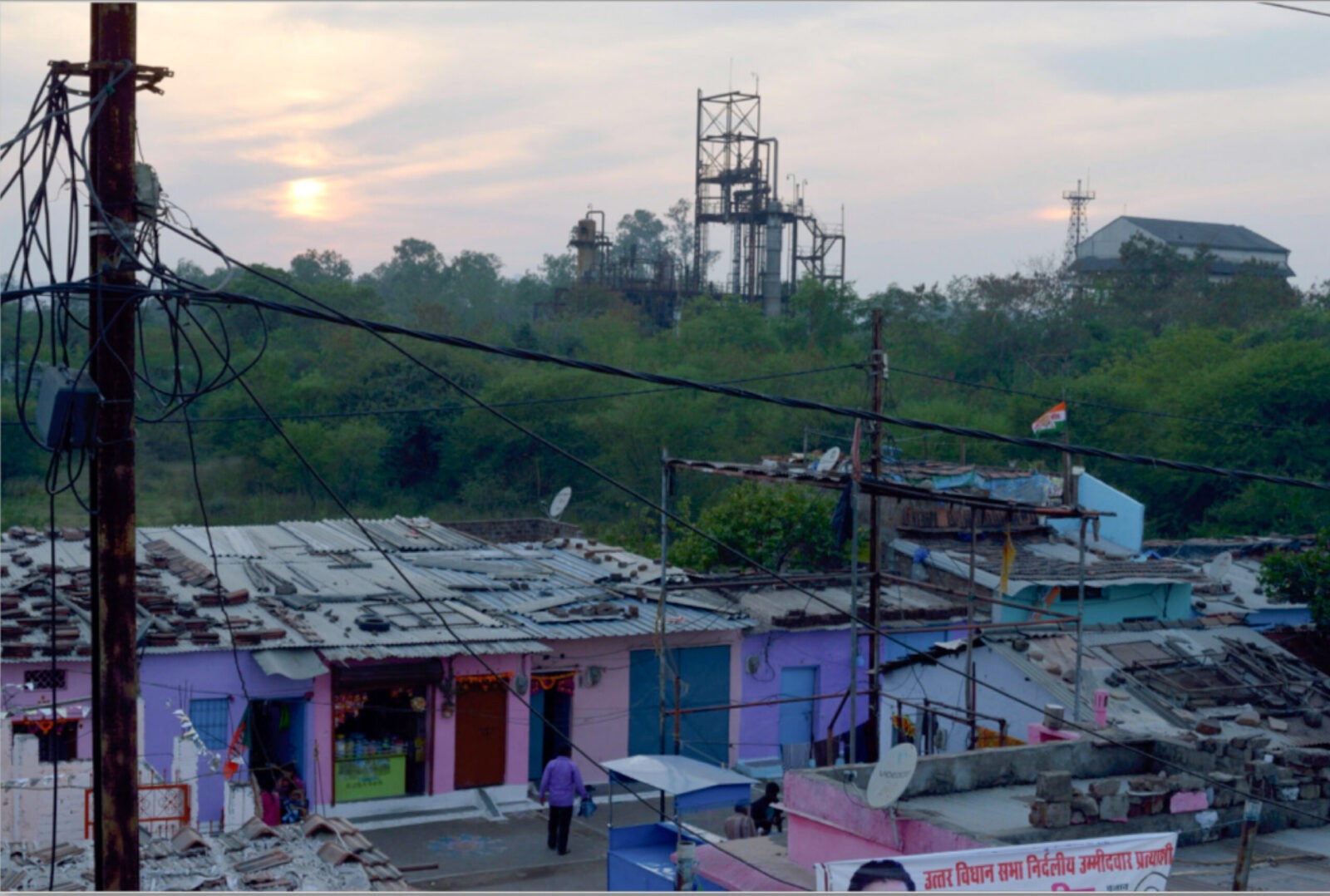 The abandoned Union Carbide Factory is seen from Atal Ayyub Nagar: one of the most affected areas. 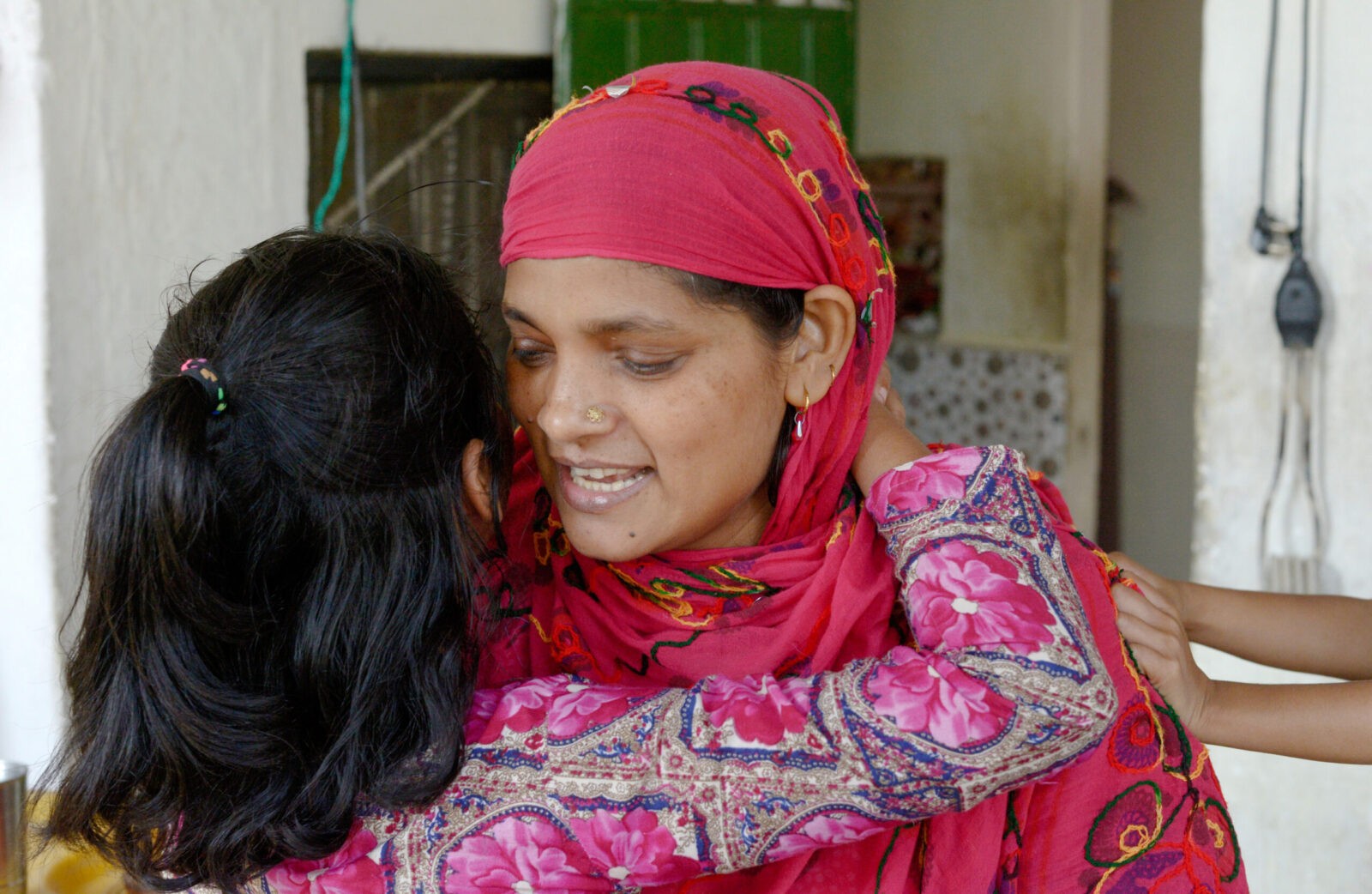 Fifteen-year-old Tahmina’s grandmother recalls hearing a lot of noise coming from the nearby cinema hall, followed by people running and panicking. Her eyes started burning, and she fainted after a while. Tahmina’s father, aunt, and grandparents were exposed to MIC gas that night. Many years later, Tahmina was born with autism and ADHD. 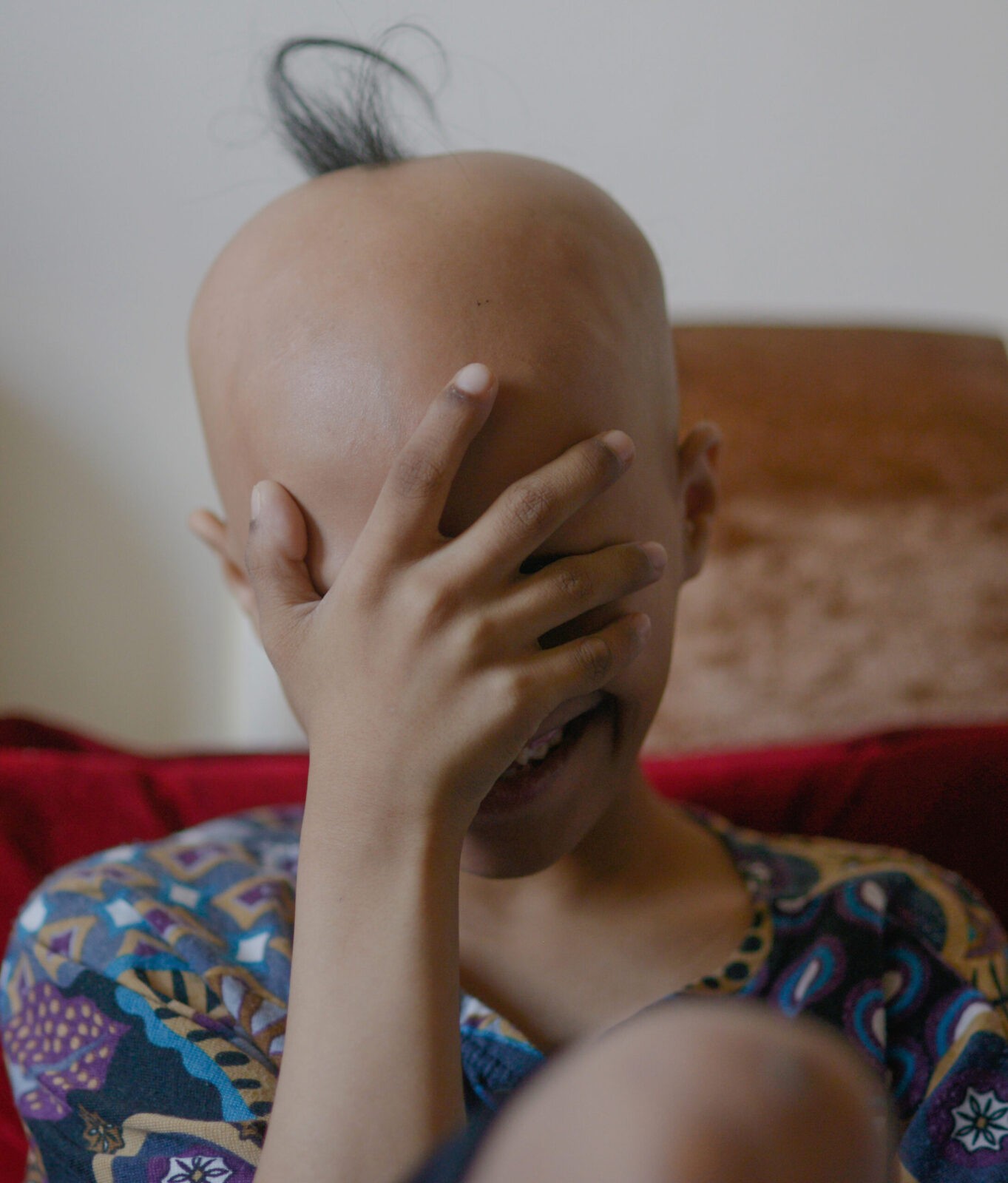 Nida’s paternal grandparents, who live within two kilometres from the UCIL factory, were severely exposed to the gas. Her grandmother died a year after the incident. Nida, now 12-years-old, was born with Down’s syndrome and an autoimmune disorder called Alopecia. Nida’s mother was seven and remembers coughing a lot on the night of the gas leak. 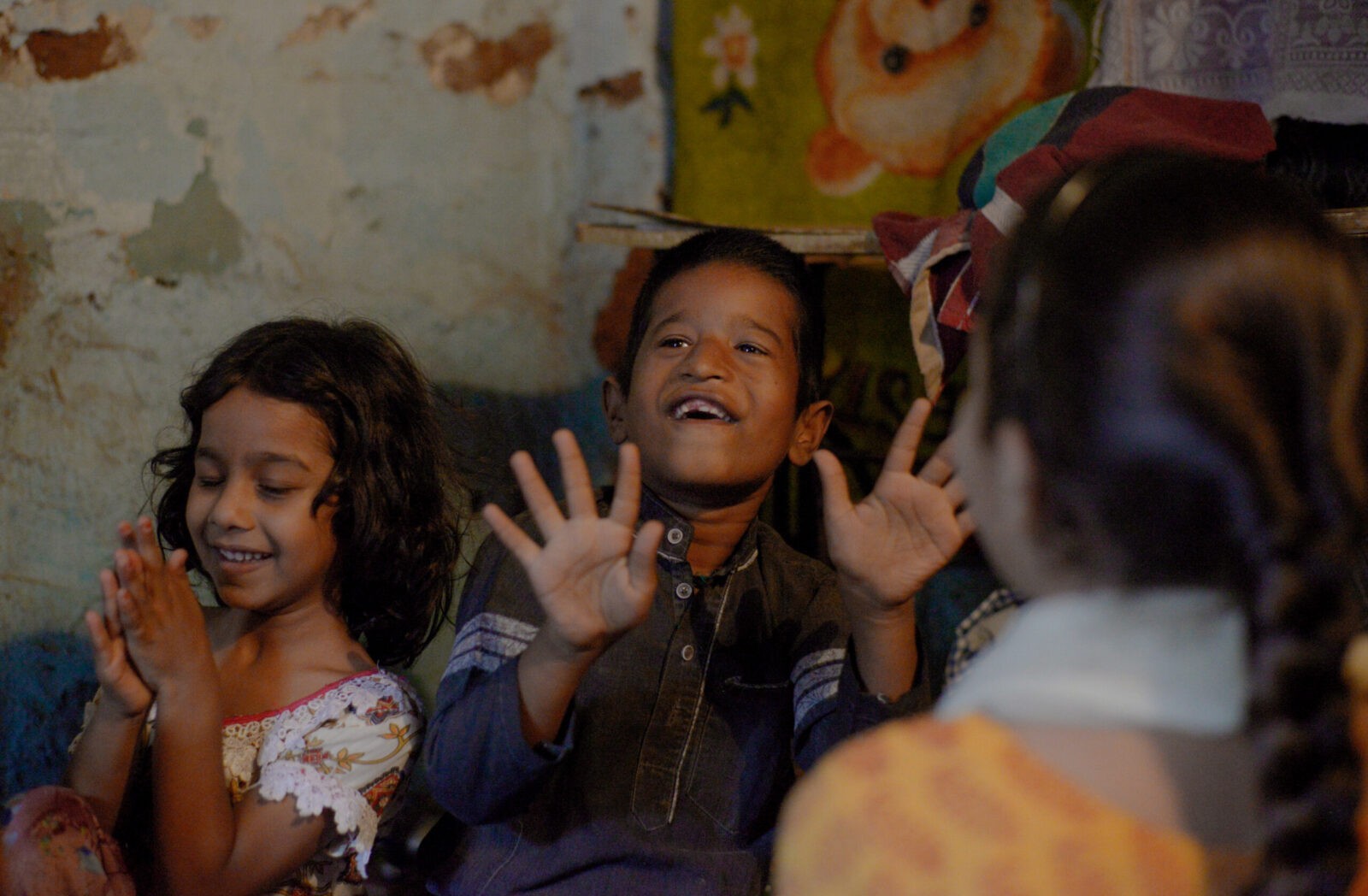 Ten-year-old Alfez spends a lot of time with his siblings and cousins, who are among the few who understand his condition well. He was born with Attention Deficit Hyperactivity Disorder (ADHD) and currently undergoes regular therapy. His father was one-and-a-half-years-old when he and his family inhaled the poisonous gas. 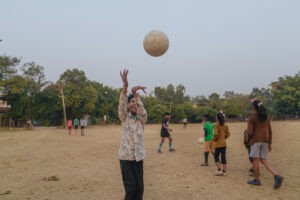 Abhi Batham has to take occupational and speech therapy regularly because he has an intellectual disability with weak vision and stiffness in his hands. His parents and grandparents were all exposed to the gas. His grandmother was most severely affected and was later diagnosed with cancer, which she eventually succumbed to.

This photo project was made possible by a grant from the Pulitzer Center on Crisis Reporting.